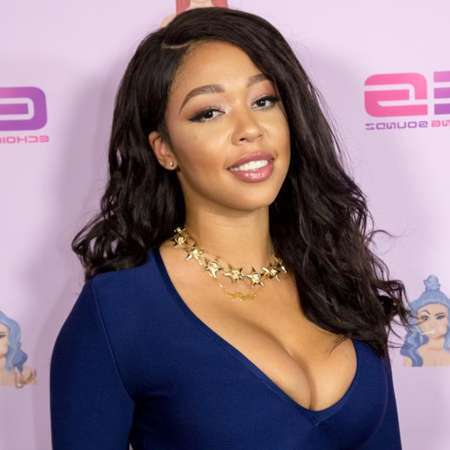 Latosha Duffey is notable for being Currensy’s official DJ. Similarly, she also served as DJ for Amber Rose’s SlutWalk. Latosha is also a very talented basketball player and used to play during high school.

Latosha Duffey was born on 25 August 1988 in Texas. She was raised by a father who served in the military. Her family was full of college athletes — her mother used to play college basketball, her elder brother played college football, and her younger brother accepted an offer to play quarterback at Texas Tech.

Since Duffey was a talented basketball player, her father always wanted her to be the best basketball player of all time.  She attended Mansfield Summit High School and joined the winning four state championship girls’ basketball team. Later, she joined the University of Texas at Arlington.

After graduating, Latosha Duffey moved to New York with her husband and son; however, after the divorce, she again came back to Texas to live with her parents. This was the time when she decided to do something in her life for her and her one-year-old son.

Latosha started brainstorming career options that could fulfill her dreams and as she was interested in music, she was looking for a career in the music field and later decided to become a DJ.

Latosha Duffey and her son moved to Dallas and reached to a well-known Dallas DJ, DJ ASAP, who gave her an opportunity to work. After eight months of practice, she was offered the chance to DJ the first night once a week at a nightclub. After her first year on the job, she decided to quit her job at the enterprise and decided to put all her efforts into becoming a full-time DJ.

With no time, Latosha Duffey became very successful and her career as a DJ was officially established. However, it was not easy for her to remain at the top as she was a female DJ, and she started noticing that industry people wait for females to fail just because of their gender. Duffey, however, never gave up her career and worked even harder.

Latosha Duffey got an opportunity to be the official DJ of Amber Rose’s 2015 SlutWalk, which catered to women who have been slut-shamed by society. Soon after that, she was contacted by underground Jet Life rapper currency’s manager, and she became his official DJ.

Duffey also toured alongside him on his Canal Street Confidential Tour and became one of the most popular and talented female DJs of all time.

Latosha Duffey's net worth is expected to be $1 million at present. She has earned a decent amount of salary from her career. She has not revealed the exact amount of her net worth and salary.

She has worked as an official Dj for Currensy. She spun for Amber Rose's SlutWalk in 2015 and has also toured alongside Currensy on their Canal Street Confidential Tour.

She is active on Twitter and Instagram with thousands of followers. She is Virgo. Her hair color is Black, and her eye color is Black.

Latosha Duffey is married at the very young age of twenty-one. After graduation, she got married to NFL player Brian Jackson and moved to New York, and also gave birth to a son. She became engaged to NBA player Iman Shokuohizadeh in 2016.

However, only five months after their marriage, she got divorced from her husband and moved back to Texas to live with her parents. It was a very emotional and difficult phase of her life, but she worked really hard to overcome that phase for her son.

She briefly dated rapper Drake, who is also known to be a supporter of her work. She has not updated the recent relationship status to the public.