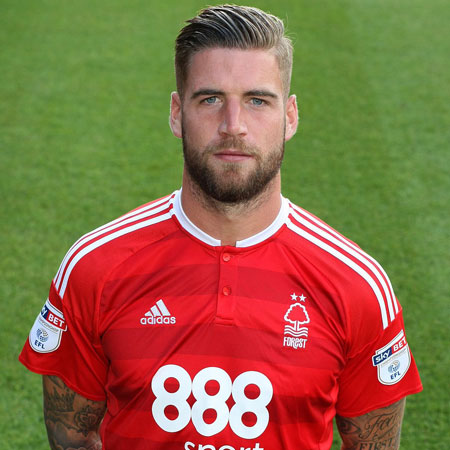 Lars Veldwijk is a Dutch-born South African professional footballer. He is currently playing for FC Groningen as a striker. He is widely recognized for his international club career, including Dutch Eerste Divisie and the English Championship.

Born on 21 August 1991, in Uithoorn, Netherlands, Lars Veldwijk is the son of Harry Veldwijk.

Veldwijk holds the dual nationality of the Netherlands and South Africa. As far as his ethnicity is concerned, he is Caucasian (White European). He attended school and college in his hometown and played in several football tournaments as a student.

Lars Veldwijk started his youth football career by playing with SV Argon. In 2011, he made his professional debut with FC Volendam. During the 2013-14 season, he represented Eerste Divisie side Excelsior and scored 25 goals in 45 appearances throughout the competitions.

Veldwijk signed with Nottingham Forest on June 12, 2014,  for a $600k fee that could rise to $1.2 million depending on various clauses. He debuted for the team playing against Bolton Wanderers at the Macron Stadium, on August 16, 2014. He played as a 92nd-minute substitute for fellow striker Matty Fryatt in that game.

On August 26, 2014, Veldwijk played in the second round of League Cup against Huddersfield Town, winning the game 2-0. He went to PEC Zwolle for the 2015-16 season on loan. In 33 league appearances, he managed to score 14 goals.

Following his return to Forest on 23 August 2016, he made his first goal for the club against Millwall in a 2-1 EFL Cup. He signed on loan for the Norwegian football club Aalesunds FK, on March 31, 2017. The contract was an option to buy when the loan period is over.

Veldwijk was called up for the South African national football team on 27 October 2016 for their qualifying game against Senegal in the 2018 World Cup qualifier. Veldwijk made the international debut playing a friendly match with Mozambique, a 1-1 tie match on November 15, 2016.

Lars Veldwijk, 26, is not married yet. Currently, he is dating his long-time girlfriend social media personality Monica Geuze. The couple is in a relationship for more than six years. As of now, they are in a long distance relationship.

The couple also shares two children together. Veldwijk is active on social media like Instagram with 126K followers whereas his girlfriend has 825K followers in her account, as of January 2018.

Lars Veldwijk is a South African professional football player who has earned a tremendous amount of money from his playing career. He stands at the height of 1.96 meters (6 feet 5 inches).

Looking at Veldwijk’s income, contracts, and lifestyle, we can a s sume his net worth to be more than seven-figure-sum.