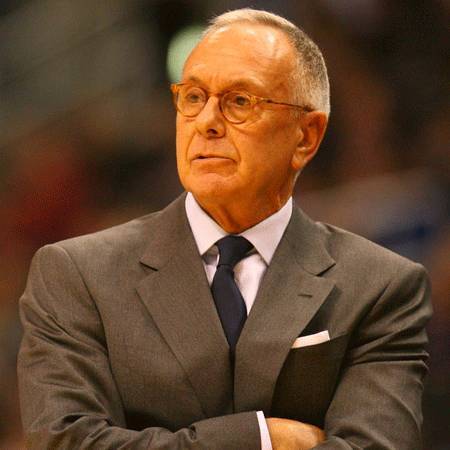 Lawrence Harvey "Larry" Brown was born on 14th September 1940, to a Jewish family  in Brooklyn, New York where he spent most of his childhood, playing basketball.

Larry went on to attend Long Beach High School where he actively played basketball and later joined the University of North Carolina where he played for the varsity team. In 1963, Larry announced that he was ready to be drafted in the 1963 NBA draft. Thus he was selected by Baltimore Bullets in the 7th round as the 55th overall pick. He began playing as a point guard for New Orleans Buccaneers  of the ABA in 1967. He left Buccaneers in 1968 for Oakland Oaks / Washington Caps / Virginia Squires also of the ABA . He played with the Oaks till 1971. Brown went on to play for Denver Rockets of the ABA and left in 1972. He had a good ABA career with 4229 points, 1005 rebounds and 2509 a s sists in total. Brown went on to play the 1964 Summer Olympics team and won a gold medal.

Brown started working as a coach in 1972. He coached Carolina Cougars of the ABA till 1974 and left for Denver Nuggets of the ABA and NBA. In 1979 he began coaching UCLA Bruins and took them to new heights. Later in 1981 Brown switched to New Jersey Nets after which he coached Kansas Jayhawks till 1989. Later, Brown signed on to coach San Antonio Spurs till 1992. He then switched to coaching Los Angeles Clippers till 1993. Indiana Pacers  came next in his long coaching career. He went on to coach Philadelphia 76ers till 2003 and then shifted to Detroit Pistons. He left Pistons in 2005 and began coaching New York Knicks till 2006. Brown went on to coach Charlotte Bobcats till 2010 and then went for SMU Mustangs.

Brown is noted for being the only coach in basketball history to win both an NCAA national championship and an NBA title. His lifetime professional coaching record sums up to 1,275-965 in the ABA and NBA. Not only that, Brown is also the only coach in NBA history to lead eight different teams to the playoffs and the only player to coach two NBA franchises in the same season.

Brown married Shelly Brown in 1993. The lovely couple has been inseparable since then. They have 4 children named Madison Brown, Alli Brown, L.J. Brown and Kristen Brown who are all very active in their own fields.

Brown is currently 74 years old, weighs 75 kgs and stands tall at the height of 5 feet 9 inches. Through out his career, Brown has been noted many times with titles like NBA Coach of the Year, NBA All-Star Game head coach, NCAA champion, 3× ABA Coach of the Year , ABA all-star, ABA Champion. He was also been listed in the Basketball Hall of Fame as a coach in 2002. Larry Brown is known to be one of the best coaches in the history of ABA.