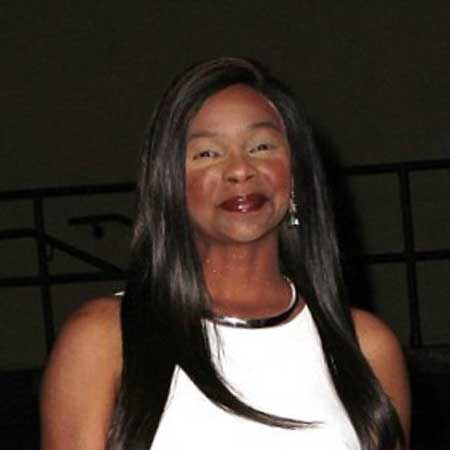 Lark Voorhies (born Lark Holloway) is a very beautiful and talented actor, singer, entertainer, and model. She is widely known for her role as Lisa Turtle on the NBC sitcom, Saved by the Bell. She was nominated for the Young Artist for six times and has won in 1990 and 1993.

Voorhies was born on March 25, 1974, in Nashville, Tennessee, U.S. She belongs to the African ethnicity holding an American nationality. She is the daughter of Tricia, who named Lark after the character in the 1972 film, Cool Breeze. She is the niece of famous singer Jermaine Jackson.

Voorhies' family moved to Pasadena, California when she was two years old. She started her acting at the age of two. She appeared on an episode of an American Comedy sitcom, Small Wonder at the age of fourteen.

Voorhies played a role as Lisa Turtle in Disney Channel's television series, Good Morning, Miss Bliss in June 1988. She appeared in thirteen episodes of that series. She was cast alongside several other celebrities such as Dustin Diamond, Mark-Paul Gosselaar, Hayley Mills, Dennis Haskins, Heather Hopper, Max Battimo and T.K. Carter.

Voorhies had her TV show where she played the lead role of Lisa Turtle, a character she has portrayed from the show “Good Morning Bliss” and continued to become a teen hit show called “Saved By The Bell” in 1989.

Voorhies has appeared in several music videos in her career. She has played in the debut video of Kenny Lattimore, "Never Too Busy." She was in the group called the X-Girls with Stacee and Yashi Brown in 1994. She has also done hit music videos for famous musical artists like Boyz to Men, and Dru Hill.

Voorhies has reached the age of 43. Her birth sign is Aries. She currently resides in Los Angeles, California with her family.

Talking about her personal life, Voorhies married Miguel Coleman in 1996 after an affair for several of years. The couple ended their relationship in 2001 and divorced in 2004. She currently does not live with her husband.

Voorhies met Jimmy Green, music engineer at a networking event in 2014. After dating for a year, the couple tied the knot on April 30, 2015, at a chapel in Las Vegas, Nevada. She filed for divorce in October 2015 after six months of marriage.

In addition to her career as a model, she is also a writer. She has written three books, Reciprocity, Trek of the Chesire, and A True Light.

Voorhies stands an incredible height of 1.6 meters and has maintained an attractive body physique. She has earned a well-deserved salary from her working career and has an estimated net worth of approximately $4 million. ?