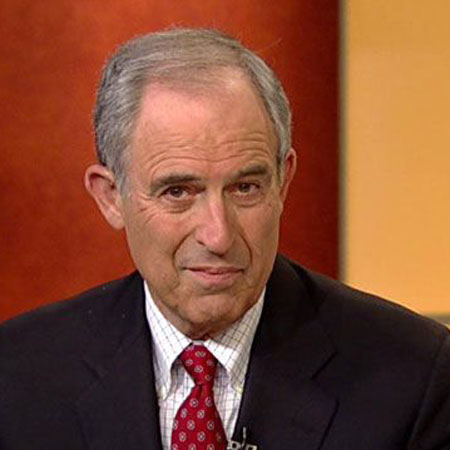 Lanny Jesse Davis, born on 12th December 1945 in the United States, is an American consultant, author, television commentator, lawyer and also a lobbyist.

He was brought up in Jersey City in New Jersey. Davis comes from Jewish ethnicity. His father, Mort Davis, was a dentist and his mother used to work in his father’s dental office as an office manager.

Davis attended Newark Academy in Newark and completed graduation from the school in 1962. He completed degree in law from the Yale Law School in 1970.

He was the National Director at Youth Organization of Edmund S. Muskie’s unsuccessful campaign from 1970 to 1972.

In 1976 Davis ran for Congress in Maryland’s 8th congressional district as a Democrat but unfortunately, he lost to the Republican Newton Steers.

In 1975 Davis started his legal career as an a s sociate at the Patton Boggs and late in 1978 he became a partner there.

Davis served as a special counsel to President Clinton from 1996 to 1998. During the time he was also the spokesman for Clinton on the issues like President Clinton’s impeachment trial, campaign finance investigations and also other legal issues.

Lanny Davis wrote ‘Truth to Tell: Tell It Early, Tell It All, Tell It Yourself: Notes from My White House Education’ in 1999 as a memoir of his time in White House. His second book ‘Scandal: How ‘Gotcha’ Politics Is Destroying America’ came out in 2006.

He became a partner at the law firm ‘Orrick, Herrington and Sutcliffe’ in Washington, D.C in 2003. In late 2009 he left the firm to join ‘McDermott Will and Emery’. After seven months in the firm he separated to open his own company ‘Lanny J. Davis and Associates’.

He appeared on Fox News, MSNBC and CNN as a surrogate by supporting Hillary Clinton in her race for Democratic nomination for the President of the United States. She lost to Barack Obama.

Davis represented the Washington, D.C. Ivory Coast Emba s sy and Amba s sador in 2010 for 10 days during Obama’s government to convince the defeated President to exit from office without bloodshed.

Davis launched a new public affairs firm ‘Purple Nation Solutions’ in 2012. In March 2012, he joined the L.L.P, which is a Philadelphia-based law firm that belongs to Dilworth Paxson.

Davis began acting outside the legal counsel to help defend the nickname ‘Washington Redskins’ for the organization.

In his solo practice, Davis also represented Bio Dietl as well as Kathleen Kane. In 2016 he co-founded ‘Davis Goldberg and Galper’ with his partners Adam Goldberg and Joshua Galper.

Lanny Jesse Davis has married twice. He is currently married to Carolyn Atwell-Davis. His wife is a legislative affairs director at the National Center for Missing and Exploited Children. The couple has a son named Seth and he is a columnist for the Sports Illustrated Magazine.

Davis’ first wife was Elaine J. Charney. He currently lives in Potomac, Maryland with his second wife Carolyn. He is a man of influence in American politics and judiciary with years of experience. Even though his net worth in exact figures isn't known, it is most definitely in millions.