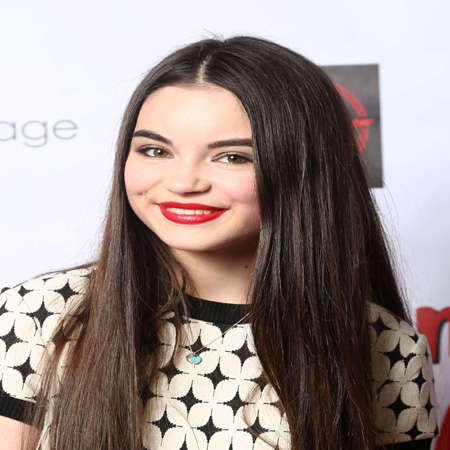 The young and beautiful American actress, Landry Bender has achieved a commendable amount of success at a young age. The actress, Landry’s most prominent work came to her when she landed the character of Cleo Bernstein in the Disney XD series, Crash & Bernstein. Also, she featured in the 2011 movie, The Sitter as a Blithe Pedulla.

Blithe Pedulla star, Landry Bender was born in Chicago, Illinois, United States, on August 3, 2000. She is the daughter of Trey and Amy Bender. Her parents are a sports casters. She moved to Phoenix, Arizona with her family when she was only two years old.

Landry spent most of her childhood in Phoenix and completed her schooling from there, though she was born in Chicago, Illinois. She is the only child of her parents. Regarding her nationality and ethnicity, Landry is a White American.

Landry Bender made up her mind to pursue a career in acting when she watched ‘Annie’ with her mother during the tour of the theatre show. She later began acting in plays at her local theater. Technically she began her career in acting after featuring in theater productions of ‘Beauty and the Beast’, ‘The Sound of Music’ and ‘Annie’ when she was 5 years old.

However, Landry gained a considerable name and fame after landing the character of the fashion forward middle sister, Cleo Bernstein in the prominent and highly rated Disney XD show ‘Crash & Bernstein.’

After that, Landry appeared as a Blithe Pedulla in The Sitter in the year 2011, featuring Max Records and J.B. Smoove as well. Likewise, she gave her notable role in the Disney Channel sitcom, Best Friends Whenever.

The 17-year-old, Landry Bender is an unmarried woman. Undoubtedly, she has some boys fan followers. However, she has kept her personal life completely out of the limelight as well as she is assumed to be much secretive regarding her dating and love life.

Further, the actress Landry is very quiet on her social media sites. One of her posts, Landry revealed with an American actor, Griffin Gluck, which created a lot of controversies and assumptions about her dating and affair with Griffin.However, the controversy was not confirmed by them.

Besides, she is an avid fashionista and a lover of things related to fashion. She loves to travel, blog as well as shop fashion accessories during her pleasure time. Moreover, her favorite color is orange.

Further, Landry has a bulldog named Blithe who she found while filming ‘The Sitter’.

The talented and gorgeous American actress, Landry Bender has earned a lot of success and fame in a very short time. Landry makes an enormous amount of net worth from her acting career as she has appeared in some well-known TV series and films as well.

One of her movies, The Sitter received negative reviews from critics, which made $33.9 million against its $25 million producing cost. Landry’s estimated net worth is to be $1 million. She is 4 feet 10 inch tall.