American socialite Lakiha Spicer got media attention following her on and off relationship with a legendary boxer, Mike Tyson. After her marriage, she changed her name to Kiki Tyson. Whether serving six months in prison or blindly supporting her husband even in the rape charge, Lakiha has always managed to grab the headlines. Here is the snippet of her life, as a girlfriend turned wife, mother, and daughter,

Lakiha Spicer was born in 1977 in Philadelphia, the United States of America. She belongs to mixed ethnicity and holds American citizenship.

She is the daughter-in-law of Tyson's parents Jimmy Kirkpatrick and Lorna Smith.

She is the younger daughter of Shamsuddin Ali and Faridah Ali. She was raised along with her elder brother Azheem Spicer.

In September 2004, Lakiha Spicer, along with her father Shamsud-din Ali and mother Faridah Ali (Rita Spicer), was charged with allegations of participating in a racketeering enterprise to obtain money and property through schemes involving extortion and bribery.

In 2008, she was sent to prison for six months while she was pregnant with Mike's baby for fraud and conspiracy over $71,000 from her father's school Sister Clara Muhammad School.

Lakiha Spicer used to accompany her father on various events of a boxing match. She met Mike Tyson for the first time at the age of 18 during one of those matches. Her father warned Tyson to keep a distance from her due to Mike's past relationships.

Mike was once even convicted of the rape and went on to serve in jail. Soon after his release from jail, Spicer and Tyson continued their romantic relationship. They were spotted strolling around New York.

Lakiha was totally loyal to her partner, but from Mike's side, he was not loyal to her and was dating many girls.

Spicer found out she was pregnant with Mike's child at the time of her sentence for money fraud and conspiracy. After release from jail, she gave birth to a daughter Milan in December 2008. The couple also has a son together named Morocco Tyson.

The couple exchanged the wedding vows in a private ceremony at the La Bella Wedding Chapel in Las Vagas on 9th June 2009. 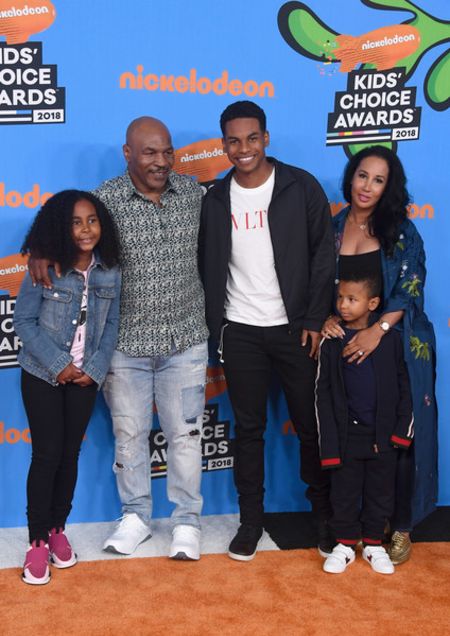 The couple is living a blissful life together. No matter how controversial their life is, it seems like Mike really turned his life around for his lady love. During an interview, Tyson revealed how his partner helped him get over his addiction.

"Without my wife, I’m a savage animal. I look at women differently as I get older, When I was younger, I viewed them as pleasure. Now that I’m older, I look at them as half. It makes me realize that I’m a man. And at this stage in my life, they’re my teacher. If a man doesn’t have a little bit of fear of his wife, he’s not living his life right."

Lakiha Spicer has not shared any information about her salary and net worth with the general public. As for the net worth of her husband Mike Tyson, he has a total fortune of $ 10 million, as of 2021.

Over the course of a 25-year boxing career, Tyson earned more than $700 million but lost almost all of his fortune because of his controversial lifestyle.

Lakiha husband, Mike has earned his wealth from his boxing and other various endorsements. At the time, while he was in the top position, he used to make millions just from his endorsements. 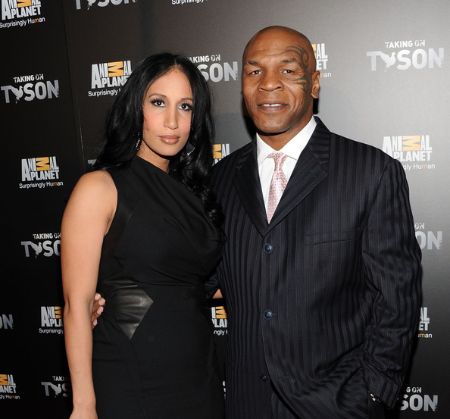 Talking about Lakiha Spicer property, her husband used to own various houses which he sold. Here is his list of properties and how much he was paid to sell them:

Lakiha and her husband also owned various luxury brands of cars and which are listed below with their price.