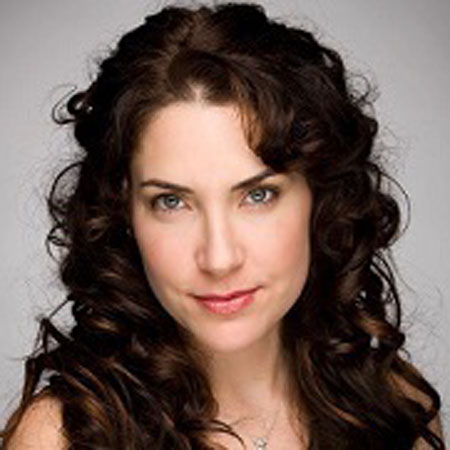 Lahna Turner is an American comic actress, best recognized for her heart-pounding performance in the award-winning Indie comedy movie titled ‘Teacher of the Year.' She is also famous as a wife of famous American stand-up comic actor, Ralphie May.

Lahna Turner was born on 15th July in the United States of America. She holds an American nationality and belongs to a white ethnical background.

While Turner is primarily a comedian, she also has several acting credits to her name. Some of the movies, Turner has starred in include This is Meg, Teacher of the Year, and the soon-to-be-released Brand New Old Love.

Turner is also a producer & has produced May’s 2013 comedy special, Ralphie May: Imperfectly Yours. She also wrote and starred in her comedy special, So I Wrote a Song About It.

Turner also used her two children as inspiration for her work and said,

“They’re really good for material, they’re hilarious, but just the logistics of being a single mom and raising two kids and trying to do stand-up is pretty hard. I don’t get a lot of sleep.”

Lahna Turner's net worth is expected to be $2.5 million at present. She has earned a great name in this field of production and comedy. With her talents & appearances, she makes a decent amount of money.

As per the source, Turner received all the properties including house, automobiles, furniture and other things after his death as it was mention in the will of Ralphie. In the will, he also mentioned that his parents should get a chance to visit their grandchild.

Lahna Turner married Ralphie May on July 3, 2005, and they gave birth to their two children: April June May & August James May.

The duo first met during an open mic night at the now-closed Houston club, Laff Stop. They did work together during their tumultuous marriage on a podcast called The Perfect 10. And she is still recording the podcast by that name.

Although their marriage started promisingly, it later turned terrible. Turner filed for divorce in October of 2015 and asked for sole physical custody of the kids and also for joint legal custody.

According to sources, Ralphie was devastated by this development. Turner cited irreconcilable differences as the reason for asking for a divorce. The divorce had not legally finalized at the time of Ralphie’s death due to a cardiac arrest on Friday, October 6, 2017, in Las Vegas, Nevada.

The duo was married for almost ten years. However, Turner found it increasingly difficult to live with Ralphie. Turner wrote about the divorce for Laughspin and said that Ralphie was “never quite the same” after he was hospitalized for pulmonary embolisms.

Some sources said that Turner made a lot of effort to get Ralphie healthy, but he didn’t want to lose weight. And in 2017 February, TMZ obtained documents from the divorce proceedings, in which Turner claimed that Ralphie was suicidal, abusive, and used drugs.

Turner also claimed that Ralphie couldn’t be left alone with the children and was physically abusive towards her. She also wanted a restraining order against May, but the judge denied her request.

Despite the problems in their marriage, she had a lot of affection for Ralphie. And after his death, Turner took to Twitter to express her sorrow. She wrote,

“I loved Ralphie with all my heart. We shared a wonderful life and made beautiful children together. No one has ever made me laugh or cry harder. You will always be with us. Rest in peace my sweet.”