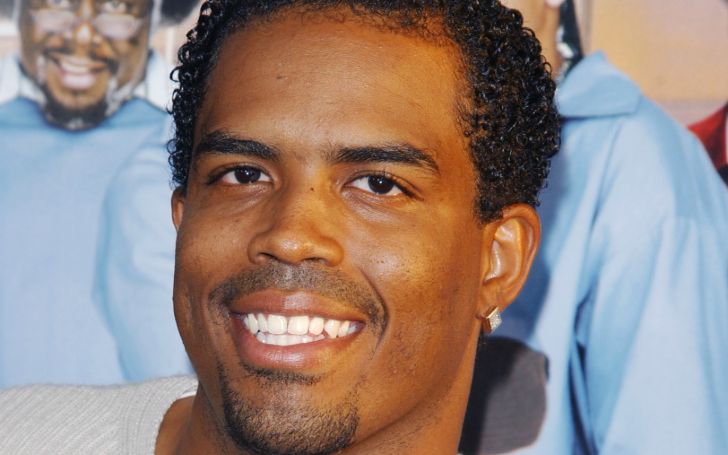 Lahmard J. Tate is an American actor, producer, and writer who is very famous for appearing in Don’t Be a Menace to South Central While Drinking Your Juice in the Hood, Rocky Balboa, and Barbershop in 2002.

Lahmard J. Tate was born under the birth sign Capricorn on January 7, 1970, in Chicago, Illinois, USA. He is the son of Larry and Peggy Tate. He was raised alongside elder brother Larron and younger brother Larenz. Both of his brothers are actors.

Apart from this, there is single information regarding his education and other early life.

The 50 years old Lahmard J. Tate is one of those who doesn't prefer to talk much about his personal life in the media. So whether he is married or dating someone is a question mark to most of his fans and followers.

He is active on Instagram with more than 78.8k followers and has around 678 posts as of late 2020. Almost all of his posts are related to his professional life. So it's very hard for his fans to get some hint in this matter.

Lahmard J. Tate has a net worth of $1 million as of 2020 from his career as an actor, producer, and writer. As an actor, he might be getting paid more than the average salary which is $56 thousand.

While talking about his career in detail, he started his career as an actor back in 1987 after appearing in the TV series named Hill Street Blues as one of the kids in-crowd. In the same year, he was cast in the movie named Barfly.

After this, he has worked in several movies and series having more than 35 acting credits in his name. Some of his famous work includes Night of the Cyclone, Seeds of Tragedy, The Fresh Prince of Bel-Air, Don't Be a Menace to South Central While Drinking Your Juice in the Hood, Breakfast of Champions, Moesha, Method & Red, The Janky Promoters, Unsolved, Back to the Goode Life, Power.

His recent appearance was in the series named All American as Flip Williams. In the series, he was seen alongside Daniel Ezra, Samantha Logan, Taye Diggs, among others.

As a producer, he has worked in movies such as Back to the Goode Life, The Hot Spot, Tha' Crib.