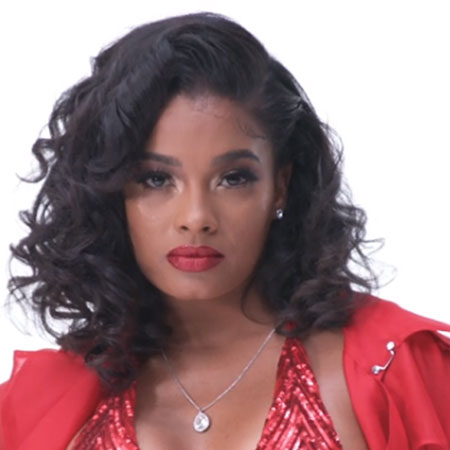 LaBritney aka La'Nation is one of the popular singer and Instagram star who is best known for her appearances in the VH1 show, Love & Hip Hop: Hollywood. She has been associated with the show since its fifth season and has garnered millions of fans from across the world.

Early Life And Career Of LaBritney

LaBritney was born LaBritney Franklin was born on Jun 11, 1988, in Detroit, Michigan. She is a Gemini. She completed her education from the local school in Detroit.

LaBritney used to dance and sang in a choir before starting her professional musical journey. She produced and directed remix series, LaMix which is quite popular among audiences. Later she collaborated with rapper Kash Doll for her single, Actin Funny.

LaBritney, however, came to prominence after starring in the VH1 popular reality show, Love & Hip Hop which documented the personal and professional lives of hip hop and R&B musicians.

What Is LaBritney's Net Worth?

LaBritney has been a regular cast member of Love & Hip Hop: Hollywood since its fifth season. On average, the cast member of the show earns $100k+ per season. So we believe, she also earned in a similar range for her appearance in the series. Moreover, an aspiring R&B singer like LaBritney earns around $39k annually.

Additionally, she runs an online cosmetics, Morrich which offers different shades of lipstick that range from $7-$22 in price. She also owns an online clothing line, La'Britney which provides products like Bodysuit ($40), two-piece ($60) sweatshirt, T-shirt ($25), one piece ($40) and others.

LaBritney is also a popular social media star which also helps increase her fortune. An Instagrammer having followers above 300k can make up to $1,013.25-$1,688.75 per sponsored post. So, she might also receive the same amount of money for her promotional works. Furthermore, she has a self-titled YouTube channel, LaBritney which also helps her increase her fame across the virtual world.

If we take into consideration all her aforementioned earnings, her net worth is close to $1 million.

LaBritney is possibly single at the moment but previously she dated several men. Moreover, she is a single mother to two sons, Alontae (born on 2003) and Russell (born on 2007). But due to some personal reasons, she hasn't revealed the father of her children yet.

As a matter of fact, LaBritney was just 14 when she gave birth to her first child Alontae. At first, her family wasn't ready for her pregnancy but later they supported her decision and helped the singer to raise her kid. She often shares her sons' pictures on Instagram where she has more than 339k+ followers.

@ruztyruss getting off with the trombone Ha! Ps: don’t be so hard on yourself, you just started playing. It takes years of consistency and practice to master a craft. Besides you’re the only brass player that had a solo Period !

Apart from singing, LaBritney is also immensely popular for her bold looks and fashion style among fans. She is an avid Instagram user where she shares her work, fashion interests and her time with her children.