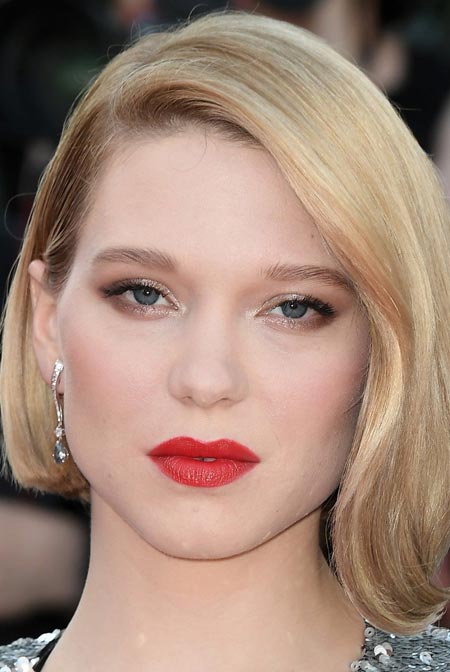 Multiple-Award-winning French actress Léa Seydoux has established herself as one of the prominent figures in the entertainment world. She first grabbed attention for her role in the movie The Beautiful Person. She later worked in many other successful films like Robin Hood, Midnight in Paris, and Mission: Impossible – Ghost Protocol as well.

She Belongs To A Renowned French Business Family

Born and raised in Paris, France, Léa Seydoux was raised in a strict Protestant upbringing. She was born on 1st July 1985 to Henri Jerome Seydoux-Fornier de Clausonne and Valérie Schlumberger. She has two siblings, sisters Camille Seydoux, is a French stylist and Ondine Saglio.

Lea is a French as per nationality and has a mixed ethnical background as both of her parents have mixed French and Alsatian German ancestry. Her father is a great-grandson of businessman and inventor Marcel Schlumberger.

When Seydoux was three years old, her parents got divorced. Her mother Valerie lived in Africa while her father was always involved in the business. Since her family was well in touch with the media, Lea got a chance to spend some of her childhood days with the renowned personalities like photographer Nan Goldin, musicians Lou Reed and Mick Jagger.

Her mother is a former actress who is now active on charity work. She is a founder of the boutique Compagnie d'Afrique du Sénégal et de l'Afrique de l'ouest (CSAO).

Initially Wanted To Be An Opera Singer

Coming from a reputed business family, Lea initially wanted to become an opera singer and had also studied at the Conservatoire de Paris, a college of music and dance. But, later on, she gradually developed a strong pa s sion for acting. 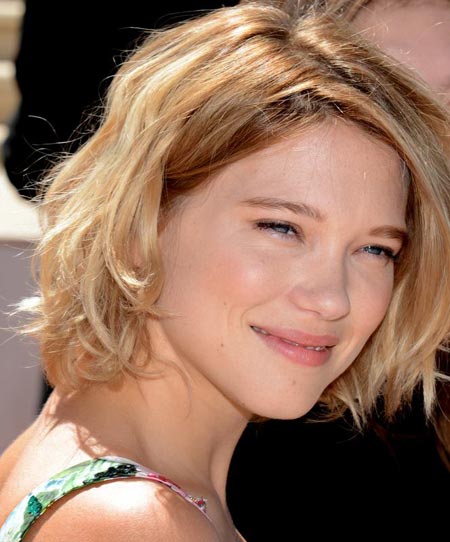 Her parents and families, however, were not happy with her artistic endeavors. Lea eventually decided to become an actress at the age of eighteen. Moreover, she also started training at New York's Actors Studio.

Léa Seydoux rose to fame following her role in a 2008 French film The Beautiful Person. Her portrayal Junie also brought her a 2009 Chopard Award as well as a Cesar Award nomination for Most Promising Actress.

Subsequently, the French actress landed numerous roles in successful movies like Inglourious Basterds (2009), Robin Hood (2010), Midnight in Paris (2011), among others. She gained critical acclaim after her iconic character in a blockbuster movie Mission: Impossible – Ghost Protocol, in 2011.

The following year, the actress went on to appear in two more hit movies Farewell, and My Queen and Sister. Some of her other successful films are My Wife's Romance, Grand Central, Blue Is the Warmest Colour, The Grand Budapest Hotel, and more.

She also acted in three movies Isle of Dods, Zoe, and Kursk in 2018. Her upcoming projects are No Time to Die, The Story of My Wife, and On A Half of My Wife.

She is Also A Model

Léa Seydoux's acting career is not enough to keep her busy as she also tried her luck in the field of modeling. She has modeled for a number of well-known magazines and brands such as Vogue Paris, American Vogue, Numéro, L'Officiel, CRASH, and Another Magazine among others. She also appeared in the campaign for French jewelry line Didier Dubot.

Estimated Net Worth is $5 Million

According to celebrity net worth, Léa Seydoux has an estimated net worth of $5 million in 2019. The actress has racked up such an impressive amount of net worth from her role in dozens of succcessful movies.

By far, the actress has been part of many commercially successful movies some of them are listed below:

As a part of such hit movies, Lea undoubtedly received a hefty amount of paycheque. The actress has, however, remained tight-lipped about her house and car. Sources report that she owns a mansion in London.

The 5 ft 6 inches tall Léa Seydoux is not married yet but has been in a long and serious relationship with her boyfriend André Meyer. The couple started dating in 2013. But, it is yet to be disclosed when they first met and how their love story blossomed. 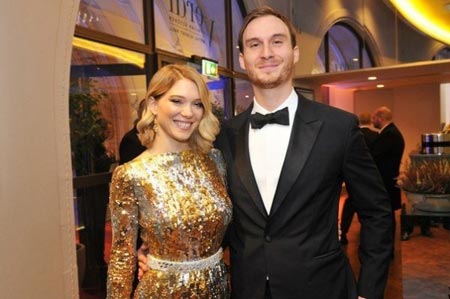 The couple is also blessed with a child, a son named Georges, born on 18 January 2017. She announced her pregnancy at the premiere of her new film It’s Only the End of the World at the Toronto International Film Festival.

The couple is frequently seen in public spaces. In October 2015, they showed their PDA during a stroll in Paris, France. The couple has been enjoying their togetherness for a long time now, however, they are yet to reveal their plan for marriage.