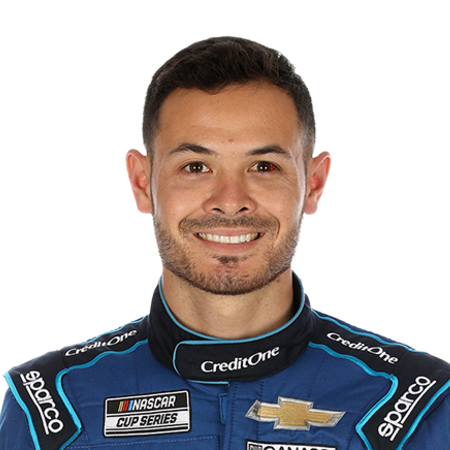 Kyle Larson is an American professional auto racing driver who currently competes in the NASCAR Cup Series for Hendrick Motorsports. Nicknamed "Yung Money", Larson won the NASCAR K&N Pro Series East series in 2012 and was an overall winner of the 24 Hours of Daytona race in 2015.

How Old Is Kyle Larson? What Is His Height?

Who is Kyle Larson's Wife? Does He Have Children?

Kyle Larson married his longtime girlfriend and the mother of his two children, Katelyn Sweet, on September 26, 2018. 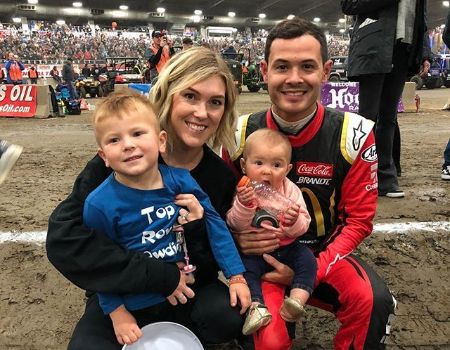 They had been dating since at least 2014 and had their first child together, son Owen Miyata Larson, on December 22, 2014. Their second child, daughter Audrey Layne Larson, was born on May 7, 2018.

Larson and Sweet got engaged on December 22, 2017, and married nine months later.

What is Kyle Larson Known For?

Kyle Larson began racing at the age of seven. By the time he was a teenager, Larson had competed for the United States Auto Club (USAC) midget, Silver Crown, and sprint cars.

He earned the nickname "Yung Money" with his wins in such tournaments as the 2011 4-Crown Nationals, the 2011 Belleville Midget Nationals Championship, and the Turkey Night Grand Prix. 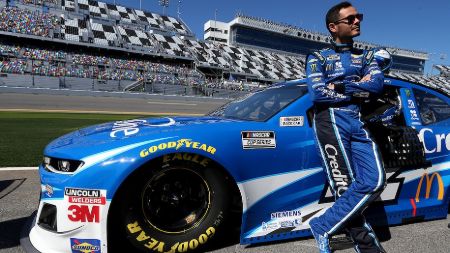 Kyle Larson has been full-time with NASCAR since 2013 SOURCE: Fox News

Larson joined NASCAR (National Association for Stock Car Auto Racing) full-time in 2013 and currently drives behind the wheels of the No. 5 Chevrolet Camaro ZL1 1LE for Hendrick Motorsports.

He won the 2012 NASCAR K&N Pro Series East championship and was named Rookie of the Year. He also holds "Rookie of the Year" distinctions in the 2013 NASCAR Nationwide Series and the 2014 NASCAR Sprint Cup Series.

According to celebritynetworth.com, Kyle Larson has a net worth of $12 million as of March 2021. The 28-year-old landed in hot waters in April 2020 when he was caught using the "n-word" during an iRacing event, leading to his six-month suspension; Larson has been reinstated as of October 2020.