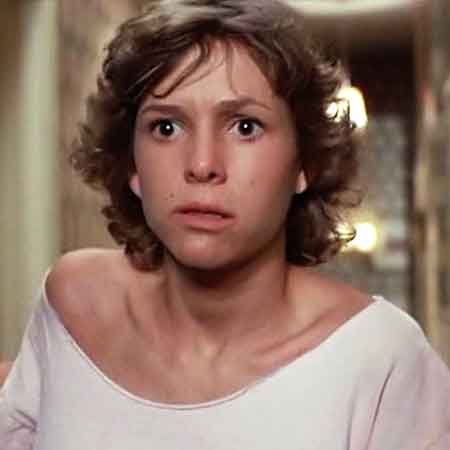 The winner of 2 Emmy Awards, Kristy McNichol is a retired American actress. In her acting career of 28 years, McNichol appeared in the numerous movies and TV series while her extensive fame includes her appearances in films such as Little Darlings,  Only When I Laugh and TV series like Empty Nest and Family.

Her father Jim McNichol is of Irish descent while mother Carolyn Lucas is Lebanese.  At the age of 3, Kristy McNichol's parents divorced and she was raised by her mother alongside her siblings Jimmy McNichol, Jennifer Lucas, and Thomas McNichol.

Kristy holds American citizenship and is of mixed ethnicity.

Her birth sign is Virgo and people to this zodiac sign tend to be very smart, modest, and capable.

In her early career, Kristy McNichol appeared in the commercials alongside her brother Jimmy followed by her appearances in TV series Love, American Style (1974) and Apple's Way (1974-1975).

Then in 1976, Kristy got her major breakthrough as she portrayed  Letitia "Buddy" Lawrence in the television drama series Family (1976–1980); the series earned her 2 Emmy Awards for Best Supporting Actress in a Dramatic Series.

McNichol soon became the star of the era and made her notable appearances on talk shows such as The Mike Douglas Show and Dinah!.

In 1978,  her acclaimed role in the TV movie, Summer of My German Soldier became the gateway to her film career and her striking feature in the black comedy, The End.

For her role in Only When I Laugh, Kristy was nominated for a Golden Globe Award for Best Supporting Actress followed by her nomination for a Golden Raspberry Award for Worst Actress in The Pirate Movie.

In June 2001, Kristy made the public announcement of her retirement from acting. Currently, as of 2018, she works as a teacher in LA while forging up her charity works.

After her retirement from acting, Kristy is involved in charity works and teaches at a private school in Los Angeles. But with her decent earnings from her acting career, she enjoys a luxurious lifestyle.

As of November 2018, Kristy's estimated net worth is around $7 million. Though her current salary from her profession is yet to be disclosed, prior, she has been a part of many successful movies and used to charge thousands of dollars for her appearance,

Here is the list of McNichol's movie box office collection:

Kristy. as of 2018, lives in a lavish house in Los Angeles drives around in her luxurious cars which include a Jaguar, a BMW, a Honda and a Fiat Spider.

Over the years, Kristy McNichol's relationship and her personal life was a mystery until she came out as a lesbian in 2012. Reportedly, McNichol's decided to open up about her sexuality in order to try to help kids who are being bullied because of their sexuality.

For over more than 2 and a half decades, McNichol is living with her girlfriend/partner Martie Allen. The couple started dating since the early 1990s.  No reports on their marriage are out.

She is not active on social media.