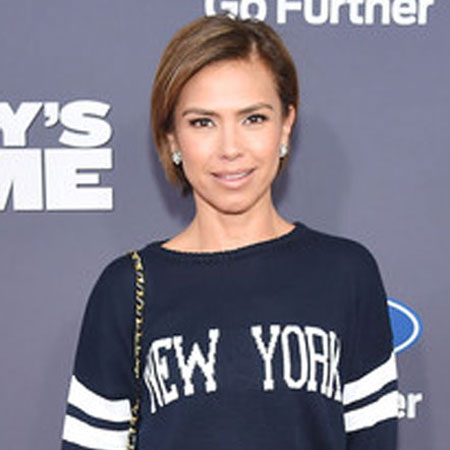 Kristine Johnson is a professional news presenter working as a co-anchor at WCBS-TV in New York City on the 5 pm and 11 pm newscast alongside Maurice DuBois.

She started her career as a reporter and anchor in Province, Rhode Osland, for WPRI. She has worked as an anchor of NBC's Early Today and First Look in MSNBC.

As a producer, she has received two nominations for an Emmy award.

She is married to Steve Johnson and shares two children.  She resides in New Jersey with her husband and children.

Kristine Johnson was born in Angeles City, Pampanga of Philippines on 5th June 1972. Kristine currently works at WCBS-TV as a co-anchor. She works on the newscasts that are aired at 5 p.m. and 11 p.m, with her co-anchor Maurice DuBois.

At the beginning of her career, Johnson joined WPRI in Providence, Rhode Island as an anchor and also a reporter. After which she started working for NBC’s Early Today as the anchor and an alternating anchor of Weekend Today in 2005. At the same time, she also anchored MSNBC’s First Look. On October 20, 2006, she announced that it was her last show on Early Today.

In the fall of 2006, she joined CBS. She has had numerous breaking news events after joining this network. The most recent breaking news coverage Kristine Johnson covered was the news of Hurricane Sandy.

Johnson spent 10-12 hours covering Hurricane behind the anchor desk. Other famous stories that kept her viewers amazed are Pope Benedict’s visit to the Big Apple, the miracle landing in Hudson, shooting at Sandy Hook Elementary School in Newton, Connecticut that shook the nation and also had a live broadcast of Boston Marathon Bombing.

Kristine has covered numerous historic events that include news of ground zero after the killing of Osama Bin Laden. She was also the anchor who covered the 9/11 terror attack’s 10-anniversary news with the present president Barack Obama and former president George W. Bush’s presence.

She has been the co-hosts of shows like ‘The Talk’, ‘Person of Interest’ and ‘Elementary’.  Kristine Johnson started as a writer as she is climbing the pinnacle of success in her career as an anchor. Along with being a writer and an anchor, Kristine is also an associate producer, reporter and a producer of different newscasts.

She stands the height of 5 feet 6 inches and weighs 54 kg.

Kristine was born to Swedish-American father and a Filipino mother. She went to the University of Nebraska from where she graduated with a degree in Journalism major and English, Political Science and history minors.

Kristine Johnson at present is married and lives with her family in New Jersey. The couple shares a daughter, Ava and a son Burke. Her daughter Ava was born in May 2002 and her son Burke was born in March 2007.

Because of her hard work and dedication to her field, she has shown tremendous potential. She has been recognized as the recipient of  Emmy Award as a producer twice.