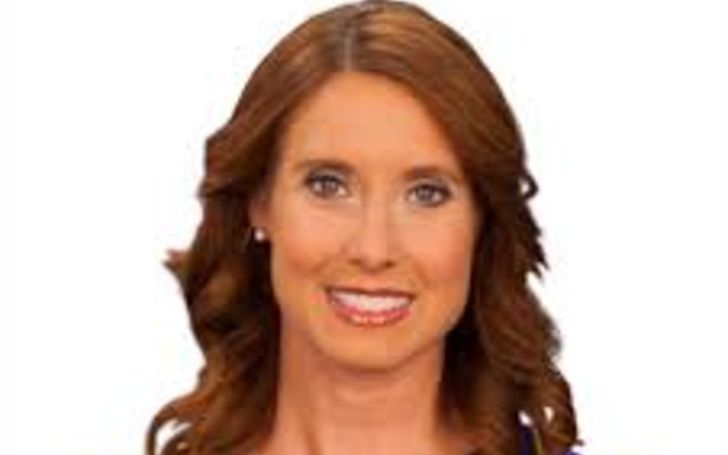 Kristine Frazao is an Emmy Award-winning American journalist who is currently serving as a national Correspondent for WJLA Sinclair Broadcast Group in Washing, DC. Her work is mainly focused on government accountability, abuse of taxpayer dollars, especially waste, and fraud.

Kristine Frazao was born somewhere in the USA however her actual date of birth is missing. She is the daughter of Victor Frazao and Patricia Frazao. She is of American nationality and belongs to white ethnicity.

Talking about education, she joined Boston College. After that, she joined Northwestern University's Medill School of Journalism for her master's degree.

Who Is Kristine Frazao Married To?

The award-winning journalist Kristine Frazao is married to  Andrew Evan Smith. They shared the wedding vows on October 26, 2014, after dating each other for several years. Their big day took place in Waterfront Park, Alexandria, Virginia. 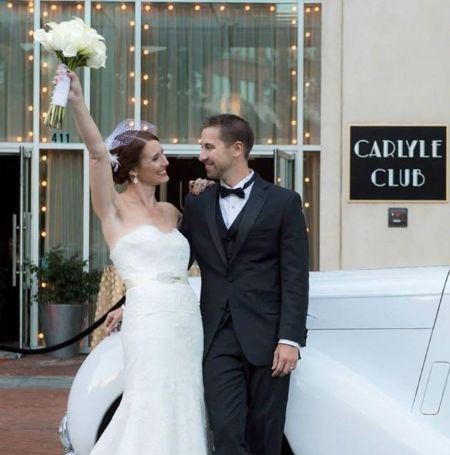 For their honeymoon, the then-married couple went to Italy where they spent more than 10 days. As of now, they reside in Silver Spring, Maryland.

As of now, they have shared two kids: Emit Farazao and Emerson Farazao.

Kristine Frazao has an estimated net worth of $1 million as of 2020 which she has collected from her longtime journalism career. In the USA, the journalists are paid around $44,000 per annum, so she also might be getting paid around the same range.

The Emmy Award-winning journalist Kristine works for the Sinclair Broadcast Group as the National Correspondent. She works from the broadcasting group's DC bureau from where he covers news on the Congress, The White House, oppression, and such other national issues. Most often, Frazao's news is centered around government responsibility including waste, extortion, and maltreatment of citizen dollars.

Prior to joining Sinclair in 2012, she was a part of RT America where she used to work as a night anchor and a White House Correspondent. If she weren't at the White House Briefing Room, she was out and about finding stories such as the suicide on the Pine Ridge Indian Reservation, the effect of fracking in small US towns, and even political race inclusion on the battlefield.

Before any of this, she used to work in San Diego, CA as a general task reporter for Fox 6 News (XETV) and NBC 7/39 (KNSD). She started her career as a journalist through her work at WJCL / WTGs (ABC 22 / Fox 28) where she covered the Savannah City Council and Chatham County Commission.