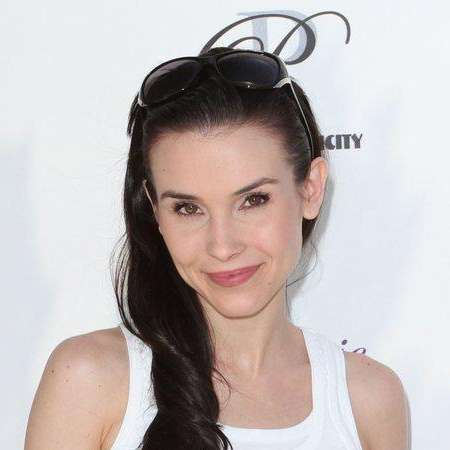 Kristina Anapau is an American actress as well as a writer, born on October 30, 1979, in Hawaii. Her birth name is Kristina Elizabeth Anapau Roper. As the only daughter of Richard Stephen Roper and Gloria Lea Kaiser, she spent her youth studying classical ballet, music, and theater. After graduating from high school at the age of 15, she joined University of Hawaii. She is a classically trained pianist who also holds a Bachelor of Science degree from Skidmore College in New York. Before her success in acting career, she wanted to become a classical ballerina.

Kristina Anapau had no plans of pursuing a career in acting. However, a talent agent discovered her and encouraged to audition for a new Universal Television film Escape from Atlantis (1997). She was just 16 then and was majoring in Art history and dance. Her life took a fateful turn as she was accepted into the cast of the movie. Thus, her professional acting career began at a very young age.

Kristina Anapau soon relocated to Los Angeles where she pursued more work, both theatrically and commercially. Her career in acting was blooming with success as she appeared in numerous productions including the films Madison, 100 Girls, The Opposite Sex as well as TV series ‘General Hospital’ and ‘Once and Again’. At the age of 20, she also landed a recording contract with Hollywood Records and started recording an album and opening for Destiny's Child on MTV's TRL Tour. Her true love and passion, however, still remained in performing in from the camera. Over the next few years, she starred in ‘Cursed’, ‘Self Medicated’, ‘Cruel Intensions 3’, ‘House, M.D.’, ‘CSI:NY’, ‘Monk’, ‘Without a Trace’ and ‘Knight Rider’, among others.

Kristina Anapau got a major role in a top grossing critically acclaimed psychological thriller ‘Black Swan’ in 2009. The movie was a great success which went on to collect over 300 million dollars. She then appeared in several other films such as The Speak and 5 souls and the AMC series ‘The Glades’. She then landed a recurring role in HBO hit series ‘True Blood’ as Maurella, starting in the fourth season of the series.

Kristina Anapau entered the realm of editorial writing, with published articles in The Standard magazine, Status LA magazine, and The Hollywood Film Journal in 2012. In the same year, she featured on the cover of the Holiday 2012 issues of both Modern Luxury and Status LA magazine. She was also the cover model for Stuff magazine and was included in the magazine’s “103 Sexiest Women in the World” and "Hollywood's Most Wanted- 50 Hottest Women to Watch".

Kristina Anapau enjoys writing, traveling, skiing, and horseback riding. The 36-year-old celebrity is currently unmarried, but there is an ongoing rumor that her boyfriend is John Kerwin.