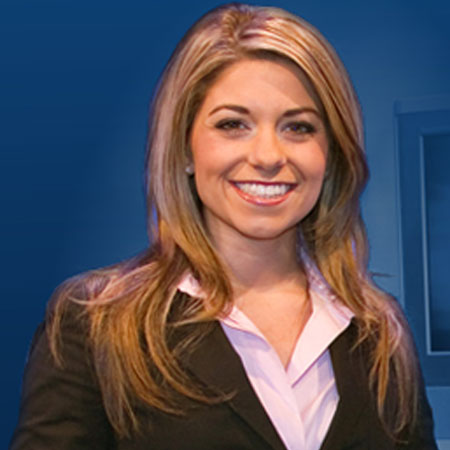 Kristina Akra is an American host and reporter, well recognized for her appearance as a host and also a reporter on FoxSports South College. She also works at MLB Network.

Kristina Akra was born on 21st June 1983 in Fort Lauderdale, Florida U.S.  She is a 2006 graduate of the University of Florida College of Journalism and Communications with news broadcasting degree

She was born to father Karen Akra and mother J.P Akra. She also has a sister named Katherine Akra. She holds an American nationality.

Akra is also a popular, trained dancer with more than 20 years of experience in teaching and choreographing, as she continued her craft as a student at the University of Florida as a 4-year member of the UF Dazzler Dance team.

In 2012, Kristina was the in-game reporter of the Washington Nationals working in the Nation's Capital for Mid-Atlantic Sports Network.

Before MASN, she appeared as a co-host for FoxSports South's college football preview show, also was a part of the FS South Game broadcast crew as the sideline reporter for SEC Football.

Kristina worked as a sideline reporter for CoxSports and the Big East Networks coverage of Providence College home games from 2010-2011. She also hosted of ''Friars All Access," with province Head Coach Keno Davis, giving fans an inside view at PC Basketball Program.

She also worked for Kraft Sports Production in 2010. She covered the Patriots year round as the host and producer of the Patriots Today which is a daily web show on the team's official site, patriot.com

Kristina is married. She is married to John Fitzpatrick who is Force Marketing President/CEO of Automotive Direct & Digital Marketing company.  The couple got married on 9 March 2014 in Atlanta Georgia.
They have a boy together named James, born on 24 March 2016.

Kristina earns a decent amount of money from her journalism career as a host and reporter, whereas her husband also earns a good amount of money as he is the Marketing President/CEO a Marketing company. She is 5.2 '' tall beautiful woman with a pleasant appearance.

She is one of the most popular Sports reporters around the globe and her salary can be expected to be around a million.