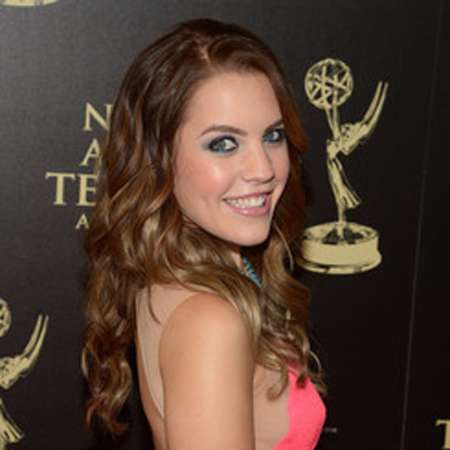 Kristen Alderson is a versatile personality, an actress and a singer who is known best for her role as Starr Manning on the soap opera entitled One Life to Live. She was born on 29th May, 1991.

Born as Kristen Deann Alderson on Huntingdon Valley, Pennsylvania to Kathy and Richard, she grew up with younger brother Eddie Alderson who too is an actor now. Her educational status is yet unknown but the fact that she started auditioning for the role of Starr Manning at the age of six, tells a lot about her interest in the field of acting. After being selected for the audition on February 1998, she portrayed the character from March 20, 1998. She was put on contract to work and play a role in the series, starring from April 2001 and she obtained the 2005 Soap Opera Digest Award Favorite Teen, for her portrayal of Starr on One Life to Live. Her brother too played a role in the same show until its cancellation.

After the show ended on 2011, she relocated with her brother to Los Angeles before being called upon to reprise her role on ABC’s soap opera General Hospital. She played the character staring from February 24, 2012 and left the show on 2013, March.  Following controversies regarding the roles of the characters played on One Life to Live, she was called back to portray the role of Kiki Jerome in General Hospital. She is the recipient of the Daytime Emmy Award for Outstanding Younger Actress in a Drama Series for her portrayal of Starr on the show General Hospital. She won the award on 2012. She left the show on January, 2015 deciding, not to renew her role in the series.

As far as her personal life is concerned, she has recently split up with co-star of General Hospital, Chad Duell. Chad and Kristen’s affair began on the year 2013 after they met on the sets of General Hospital. The romance between them brewed but did not last long as they split up on October 2015. Her decision to relocate back to the east coast has been considered and portrayed by her as the reason behind their split. Apart from Chad, she has not had a boyfriend as far as news of the internet tabloids are to be considered. She has never been married and does not have kids.

Kristen has a net worth of 3 million dollars which can be attributed to her noteworthy role as Starr on General Hospital as well as on One Life to Live. Her yearly salary is considered to 350 thousand dollars. She has won The Star of Tomorrow honor by the ZEPHRA Magazine Recognition Awards on September 24, 2013. The City of West Hollywood too has issued proclamation for her. Her acting skills have made her accumulate a number of fans around the world and her bio and pictures are searched by many on sites like the wiki.