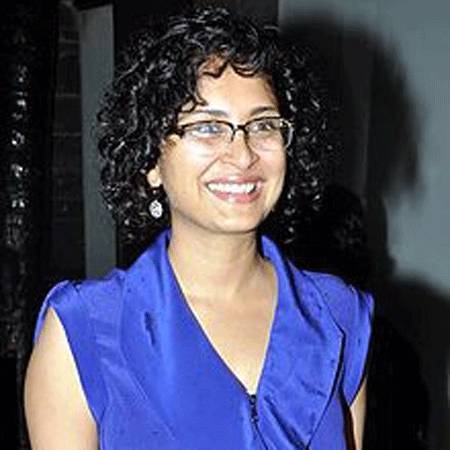 Kiran Rao was born on 7th November 1973 in Bangalore, Karnataka, India. She is an Indian screenwriter, director, and a film producer. She was born in a family from Telangana state. She was raised in Kolkata. Her parental grandfather was J. Rameshwar Rao, he was the Raja of Wanaparthy in Mahabubhnagar district, Telangana state. She is of Indian nationality.

Kiran Rao attended Loreto House school in Kolkata. In the year 1995, she graduated in economics major from the Sophia College for Women which is in Mumbai. She also attended Social Communications Media course at Sophia Polytechnic, but only for two months. Kiran then quit the course and left for Delhi. She then completed her Masters from AJK Mass Communication Research Center from Jamia Millia Islamia, New Delhi.

Kiran Rao started her career as an assistant director in the epic film named ‘Lagaan: Once Upon a Time in India’ which was directed by Ashutosh Gowariker. The film was starred as well as was produced by Amir Khan. The film was nominated for 74th Academy Awards in the foreign-language film category.

Later on, Kiran Rao again assisted Ashutosh on a film named ‘Swades: We, the People’. Before assisting ‘Lagaan’ she has done the minute role of supporting actress in ‘Dil Chahta’ Hai. She also worked as a second assistant director for film ‘Monsoon Wedding’ with Mira Nair who is the Academy Award nominated.

Kiran Rao is married to a popular actor of India named Amir Khan in the year 2005. She is the second wife of Amir Khan. The couple got married on the sets of Lagaan. At that time, Kiran was one of the film’s assistant director. Her marriage to Amir Khan was controversial because Amir broke up with his first wife because he was having an affair with Kiran. She has one child from her husband named Azad Rao Khan. Besides her marriage, there is no any information related to her affairs, boyfriends or dating.

Kiran Rao is an atheist. She is a vegetarian and has also influenced her husband to turn into a vegetarian as well. Actress Aditi Rao Hydari is her first cousin. The estimated net worth of Kiran is $20 million. Currently, they reside in their home which is in Mumbai. The couple follows simple lifestyle.