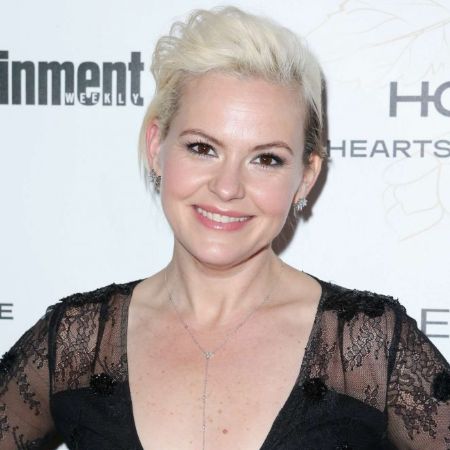 Kimmy Is A Founding Member Of The Comedy Trio, "The Apple Sisters"

Kimmy was born on August 25, 1980, in Silver Spring, Maryland, USA. She is the older of two siblings; she has a younger brother. She completed her schooling from Paint Branch High School. 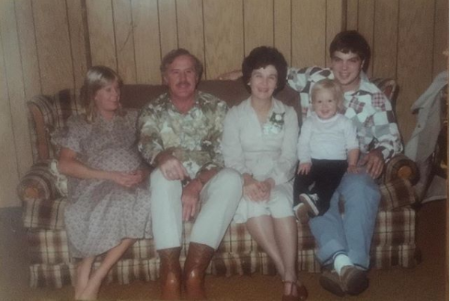 A vintage photo of Kimmy Gatewood with her grandparents and parents (her mother is pregnant with her brother) SOURCE: Instagram: @kimmygatewoo

Kimmy moved to New York and attended Syracuse University. While in university, Kimmy appeared in TV commercials for such brands as Mastercard and TGIFridays.

Kimmy also spent years behind the camera and working as an improv artist. She is one half of a comedy duo with future GLOW co-star, Rebekka Johnson. Together, the duo formed the World War II musical comedy trio, named The Apple Sisters, with Sarah Lowe in 2007.

Rise To Fame As Stacey Beswick

Kimmy’s first professional foray into acting came off of her portrayal of Cathleen in the play, Long Day's Journey into Night at the Syracuse Stage.

Kimmy is credited with appearing in 45 TV series, short movies, TV movies, and feature films. She is currently cast as a series regular in the sports-comedy-drama, GLOW, on Netflix. She plays the professional wrestler, Stacey Beswick, in the hit multiple Golden Globes Award-nominated series. 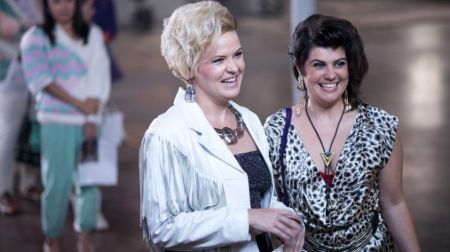 Her other TV credits include the series like Crazy Ex-Girlfriend, Parental Indiscretion, Trophy Wife, Zombies and Cheerleaders, and Co-op of the Damned. She also portrayed Hillary Clinton and Marilyn Monroe in an episode of Epic Rap Battles of History, which she also wrote for.

Besides being an acclaimed on-screen performer, she has also had an impressive resume as a writer, director, and producer. She has written for such TV shows as Milk Factory and PINY Institute of New York. She also wrote the Donald Trump vs. Hillary Clinton episode of Epic Rap Battles of History. She is also credited with directing the digital series, Junketeers starring Josh Duhamel and Chloe Grace Moretz, among others.

Kimmy is a very accomplished actor and filmmaker. As of 2019, her net worth is estimated to be about $500k. She is not only a critically acclaimed actress but also an award-winning director and producer.

She is also an accomplished comedian and improv artist. Her trio, The Apple Sisters, is a widely acclaimed act continuing to this day.

Kimmy Is Married And Has Two Children

Kimmy is married to Matthew C. Johnson. Together, they have two children, a daughter, and a newborn son.

Kimmy is a doting mother who takes to her social media accounts, sharing her blissful married life as well as motherhood. 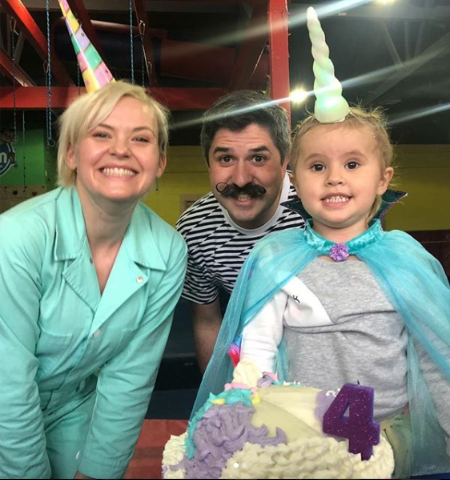 Kimmy Gatewood with her husband and daughter SOURCE: Instagram: @kimmygatewood

Despite having accomplished so much in her career, Kimmy has hardly shown any indication of slowing down. She is an ongoing cast member in GLOW, and her comedy trio, The Apple Sisters, is still going strong in the New York comedy clubs, even recently having started a podcast on Earwolf.