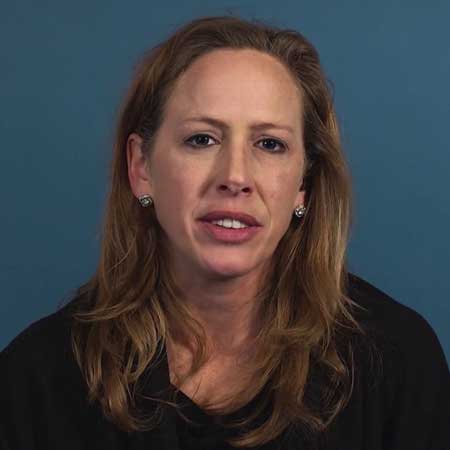 An active member and author of the Wall Street Journal Editorial Board, Kimberley Strassel is known for writing editorials and the weekly Potomac Watch political column. She also won a Bradley Prize for her journalist excellence on June 18, 2014.

Kimberley Strassel was born Kimberley A. Strassel on July 24, 1972, in Buxton, Oregon, the United States of America. She is the daughter of Mike Strassel and Annie Strassel.

Regarding Kimberley's nationality and ethnicity, Strassel is a white American. She was raised in Buxton, Oregon. After that, she attended the Banks High School in Banks and completed her schooling in 1990.

After her graduation, Kimberley Strassel majored in B.A. in public and International Affairs from Princeton University in 1994.

Known For Her Work at Wall Street Journal

From 1994 to 1996, she served for the European edition of The Wall Street Journal as a news assistant in Brussels.

Kimberley Strassel was among the panelists for the South Carolina Republican presidential debate in February 2016. At the same time, she also released a book called The Intimidation Game: How the Left Is Silencing Free Speech.

Kimberley Strassel has been married to a British journalist, Matthew Justin Rose. The two dated for a long time before they exchanged the wedding vows on July 15, 2000, at the bride's home in Buxton, Oregon.

The couple first met at The Wall Street Journal in New York where they were working together.

Justin works for the Wall Street Journal as an enterprise editor, in New York. The couple has one daughter and the family of three is living a happy life together.

Interestingly, Kimberley and her husband were both born in the same year i.e. 1972 and their age gap is only 2 months. She is also active on Twitter, where she shares posts about The Intimidation Game and other news.

Estimated Net Worth of $0.5 Million

Being a popular journalist, Kimberley Strassel has earned a handsome amount of net worth and salary from her journalism career. According to some sources, her total fortune as a television personality is estimated to be around $0.5 million, as of 2020.

Furthermore, she was also honored with the $250,000 Bradley Prize in 2014 which added to her total net worth. Strassel has also written many books and it has ultimately become her another source of income.