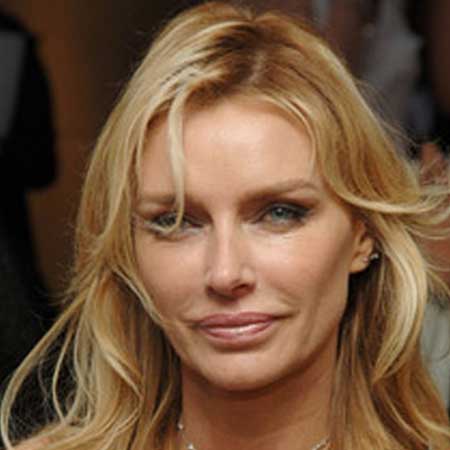 Kimberly Conrad is a very beautiful actress as well as a model who was selected as Playboy's Playmate of the month in January 1988. She rose to fame after becoming Playmate of the Year in 1989. Conrad duplicated her Playmate of the Year cover in 2017, along with her cohorts Renee Tenison, Candace Collins, Lisa Matthews, Cathy St. George, Charlotte Kemp, and Monique St.

Conrad is the second wife of Hugh Hefner and is the mother of two of Hefner's four children. She was married to Hugh Hefner in 1989. The pair divorced in 2010.

Kimberly Conrad was born as Kimberley Conradt on August 6, 1962, in Moulton, Alabama, U.S. She belongs to the white ethnicity and holding an American nationality.

Conrad's parents moved to Reno when she was four. When she was a twelve-year-old, she moved to British Columbia, Canada along with her parents.

Kimberly Conrad began her modeling career at the age of 17. She worked as a model for John Casablancas' Elite as a teenager and modeled in the fashion industry in Vancouver, Canada. Soon after, Ken Honey, a local photographer from the Vancouver asked her to pose for Playboy magazine.

Conrad has featured in numerous "Playboy" videos and even had a "Playboy" newsstand special edition, which was completely dedicated to her. She appeared as a guest on an episode of the popular television series, Highway to Heaven. At the age of 55, in 2017, Conrad duplicated her Playmate of the Year cover along with her cohorts Charlotte Kemp, Lisa Matthews, and among others.

Conrad has worked for PETA and various animal rescue groups in Los Angeles, California. She successfully earned immense popularity as a model.

Kimberley Conrad's Net Worth And Salary

Kimberley Conrad has earned a huge amount of salary from her work and has successfully maintained a well-deserved net worth in her life. But the exact amount of her net worth is yet to be revealed but as per estimation made by various online sources which, is speculated to be more than $1.5 million. Her annual salary is more than $51,332 as a professional model.

Her ex-husband Hugh Hefner has an estimated net worth of $50 million as revealed by him during the divorce process.

Kimberley Conrad married her boyfriend Hugh Hefner, founder of Playboy, in July 1989. Her marriage has sparked worldwide media attention. The couple tied the knot after a few years of dating.

Hefner was previously married to Northwestern University student, Mildred Williams in 1949. They together had a daughter named Christie Hefner and a son named David Hefner.

Conrad lived with her husband in Playboy Mansion, Holmby Hills, California, for nine years. They separated in the year 1998 but remained nominally married to look after their younger son.

However, Conrad filed divorce after 11- years of separation, stating irreconcilable differences in September 2009 after his youngest child turned 18. The divorce was finalized in March 2010.

Conrad is currently single and has not involved in any relation until now. She is living a good lifestyle as well. Conrad's birth sign is Leo. She is a vegetarian and an avid snowboarder. She is strikingly tall and her gorgeous looks have attracted many of her fans. She is a vegetarian.

And her ex-husband Hefner went on to marry model and TV personality Crystal Hefner in 2012. The couple was together until his death on September 27, 2017. A year ago, Harris announced that she had been diagnosed with Lyme disease and toxic mold via her social media outlets.