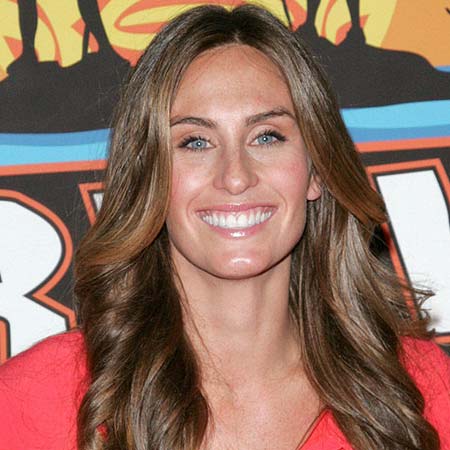 Born Kimberly Brooke Spradlin, Kim Spradlin is an Interior designer, as well as, a bridal shop owner from  San Antonio, Texas who is recognized as the winner of 2012's Survivor: One World. She also appeared on the show Great Day SA to become an on-air contributor and starred in a segment named Kim's Kart.

Kim Spradlin was born Kimberly Brooke Spradlin on January 30, 1983, in San Antonio, Texas, USA. She is of American nationality and belongs to white ethnicity.

She is a graduate from The University of Texas at San Antonio.

Kim Spradlin is the last Survivor of the TV show, Survivor: One World. At the beginning of the gaming show, she stayed very quite and low profile and also made a good bonding with all of her tribemates but later on, she established herself in a leadership position.

She made a mastermind plan along with female alliance after finding the blind-side of the male contestant; that included Jonas Otsuji and Michael Jefferson. Due to this, all of the men in the game were eliminated. She was able to win four out of the last five Immunity Challenges. In the finale, she made 7-2-0 victory over Chelsea Meissner and Sabrina Thompson.

In 2012, she won $1 million as the winner prize of Survivor: One World. She also was able to bag $100 thousand after she was voted by the fans in Player of the Season.

Spradlin is married to now-husband Bryan Wolfe. The couple exchanged the wedding vows in March 2013 on a beach near their hotel in Cabo San Lucas, Mexico. Their wedding was attended by Kim's Survivor tribemates Kat Edorsson and Alicia Rosa.

Following her marriage, she announced about her pregnancy in the same year. On February 8, 2014, she welcomed her first child; a son, Michael Thomas Wolfe. After a year on May 27, 2015, she gave birth to her second child, a daughter, August Jane Wolfe. Last but not the least she has a third child, a son, Walt Thomas Wolfe born on June 1, 2016.

In April 2013, she was arrested in a case of the mistaken identity just after she was going to change her name at the DMV in San Antonio, Spradlin. She spent around eight hours in jail and bailed out from there paying $1,500. Later on, it turned out that there was another person with the same first name and date of birth.