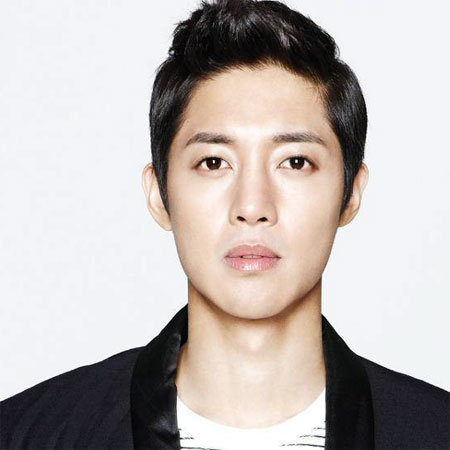 South Korean actor, Kim Hyun-joong is famous as the lead rapper of the South Korean boyband SS501. He is a singer as well. He is also known for his dramas, ‘Boys Over Flowers’ and ‘Playful Kiss.’ He is very popular in Korea and is a style icon there.

Hyun-joong has appeared in almost 20 video songs all of which proved to be a super hit. His most popular singles include ‘The Reason I Live,’ ‘Your Story,’ ‘Beauty Beauty,’ ‘Break Down,’ and ‘Kiss Kiss.’

Kim Hyun-joong was born on 6th June 1986 in Seoul, South Korea. He belongs to East-Asian ethnicity and holds Korean nationality. His family follows Christianity. He has one older brother.

In 2006, Hyun-joong graduated from the Hanyang Technical High School. He later enrolled at the Chungwoon University to study stage production management.

Kim Hyun-joong made his music debut with the band SS501's album, ‘Warning’ in June of 2005. Later, they promoted their first studio album ‘S.T 01 Now’.

In 2007, the band decided to expand their music outside Korea and chose Japan. They launched their first Japanese single ‘Kokoro.’ Soon after, they introduced the band SS501 in Japan through another single, ‘Distance.’

In 2009, Hyun-joong played one of the lead characters, Yoon Ji-hoo, in the South Korean television series, ‘Boys Over Flowers’, starring Lee Min-ho, Kim Bum, and many others.  He also won ‘Korean Junior Star Award.’

From 2009 to 2010, the band released the singles, ‘All My Love,’ ‘Rebirth,’ ‘Solo Collection,’ and ‘Destination.’ Soon after releasing four consecutive singles, their contract ended.

In 2010, it was officially declared that Hyun-joong had left DSP Media and joined the KeyEast Entertainment Company. He was also invited to perform at Asian Games in Guangzhou as a representative of South Korea.

Hyun-joong played the lead, Baek Seung-jo, in the 2010 South Korean romantic-comedy television series, ‘Playful Kiss.’ On 7th June, the next year, he released his first solo mini-album, ‘Break Down.’

In January 2012, Hyun-joong released his first solo Japanese single, ‘Kiss Kiss/Lucky Guy.’ His most popular album was ‘Unlimited’ , it consisted famous songs such as ‘Lucky Guy,’ ‘Break Down.’

Hyun-joong's third Japanese single, ‘Tonight,’ was released on 5th June 2013. Soon after, he released his album, ‘Round 3’, which became an instant hit at the time.

In May 2015, Hyun-joong enlisted himself in the mandatory military service, where he was one of the best recruits and got quickly promoted to the post of Team Leader.

On 11th February 2017, Hyun-joong was officially discharged as a Sergeant after serving his country for 21 months.

Kim Hyun-joong is is a Roman Catholic by religion. He is fond of soccer and plays as a striker for FC Men.

The Korean superstar is possibly single at present. However, he has dated many celebrities in the past. He was romantically involved with Ms.Choi, but the pair couldn't maintain their relationship and broke up.

The reason behind their separation was Hyun-joong's unfaithfulness and his aggressive behavior with his ex-girlfriend, Ms. Choi. In 2014, she sued him for domestic violence, but after he apologized she retracted the accusation.

After a year, Ms. Choi claimed that she was pregnant with his child, which sparked controversy all over again. In April, Ms. Choi sued Hyun-joong for 1.6 billion won in damages due to emotional stress from the miscarriage of her first pregnancy.

Ms. Choi said that she has no intention to get married to him and she will raise her child alone. But her lie about her previous miscarriage was revealed in June of 2015, so Hyun-joong filed a suit against her.

On September 2015, Ms. Choi had a baby, and after three months, a DNA test was carried out. The result showed that the baby is Hyun-joong's child.

Hyun-joong also dated South Korean actress and model, Jung So Min. They even performed together in the drama “Playful Kiss” in 2010. However, they couldn't keep the relationship together.

Also, there was a rumor that he was dating the South Korean singer, Hwangbo, they worked together in the Korean TV Variety Show, “We Got Married.”

However, they didn’t announce that they were dating. But, Kim Hyun-joong and Hwangbo were seen wearing a pair of matching rings, watches and caps.

In September 2009, Hyun-joong was diagnosed with the H1N1 virus. He received immediate treatment for the infection in Japan.

South Korean entertainer, Kim Hyun-joong is the leader of the band SS501, he has earned a considerable amount of money from his successful career. He has a net worth of $5 million.

During 2009-2014, Hyun-joong won around 16 Yahoo! Asia Buzz Awards in categories including ‘Popular Artist,’ ‘Top Buzz Solo Artist,’ and ‘Most Searched.’

In January 2011, Hyun-joong was a part of the coal briquettes distribution campaign, where he distributed about 20,000 briquettes. He also donated $50,000 to the Korean Red Cross Association in 2011.

Hyun-joong is active in philanthropic works; he donates a part of his earnings to many organizations for the welfare of society and children. He opened his own Kim Hyun-joong Scholarship program and donated $17,300 per year.

On June 13, 2012, Hyun-joong was also a part of 'Save The Earth reform cla s s' environmental campaign by the Hang Ten (brand). In 2013, he donated 100 million KRW to 'One Foundation' for the victims of the earthquake in Ya'an, China.