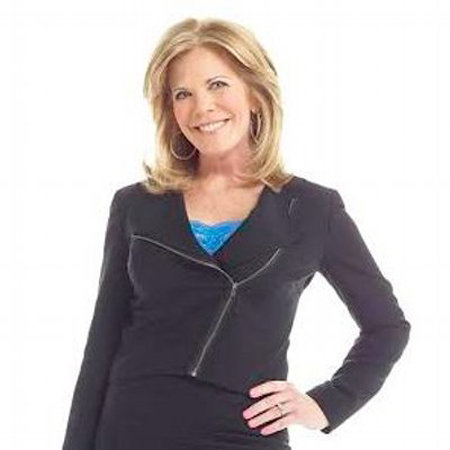 Born as Kim Perez, Kim Cunningham is a very talented and skilled American news journalist. She is currently working as the meteorologist in the Weather Channel as the co-host of Weather Center Live. Besides, she is a specialist on hurricane and has co-written book on meteorology.  Kim Cunningham has received several of the awards and recognitions because of her phenomenal presentation and knowledge on the meteorology. She is a hard working one and brings the very reliable and trust worthy information on the weather measurements. This is all because of her hard work and dedication to her job.

Kim Cunningham was born in 1966 in the city of Cincinnati, USA.  She has been a very laborious and hard working person since her childhood with the keen interest to learn more and grow. She had attended Creighton University in Omaha and graduated in Atmospheric Science. After that, she joined at the Air Force where she studied Applied Science. With the interest to learn more, she later got enrolled at the Observer and Forecaster School based in Illinois.

Kim Cunningham had started her career in the broadcast television being a s sociated with the Weather Channel since the early 90s. Prior to that, she had served in the American Air Force for two years as the forecaster for the southern and tropical hemispheres. In the weather Channel, she started her career off screen. However, in 1995, she was appointed as the on-screen meteorologist. She began to work hard, researching and collecting information and gathering knowledge from different sectors on the hurricanes, lightning, storms, tornados and cyclones. Her hard work established her as one of the much respected meteorologists in America.

Kim Cunningham is a very experienced journalist in the meteorology with high appreciation and recognitions. She has a very phenomenal presentation skill with her graceful body language and voice. She can easily grab attention of her viewers. She stands a beautiful height and looks ravishing in her A-line skirt accompanied by her high heels. She is in her early fifties but as she is concerned about being healthy and fit, she looks more youthful and lively than her real age.

Moving onto the personal life of this professionally successful woman, she has been able to maintain her personal life happy and prosperous. She is a married woman. She is married to Marty Cunningham a long ago. After her marriage, she took her husband’s surname and began to known as Kim Cunningham from Kim Perez. They have four children together. She loves her family very much and loves to spend her time with them. All her children are grown up now and attend school. Kim Cunningham is professionally successful as well as in her personal life as well. She gives the credit to her supporting husband and children.  During her free time, she loves to travel with her family and spend time with them.

Kim Cunningham is has been the inspiration to the female journalists to work hard and be successful. No doubt, there are lots of her fans following who admires her. She is active in the social accounts Twitter and Facebook. Her fans can follow her on the social sites to get updated with her recent activities. Her short biography can also be found in different sites in the internet.