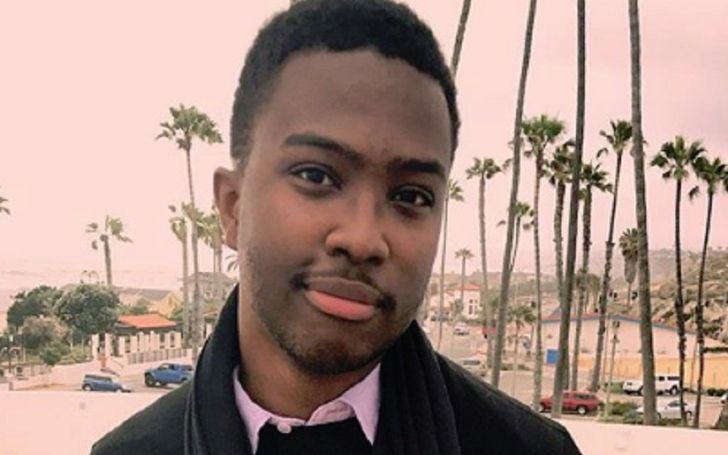 Khamani Griffin is an American actor who is very famous for his portrayal in the series named  All Of Us, UPN/The CW, and Ni Hao, Kai-Lan. Also, he has appeared in  My Name Is Earl,  Grey's Anatomy, ER, and  Daddy Day Care.

Khamani Griffin was born on August 1, 1998, in Oakland, California, the USA to Gena Sexton. He is of American nationality and belongs to Afro-American ethnicity.

Khamani was raised alongside two siblings: a older brother, De’Von Flournoy, and a younger sister. His elder brother is a  football player and model. His parents divorced when he was quite young and later on, his mother got married to another man.

When he was around two years, his mother noticed his potentiality in acting and sent his pictures to a few modeling agencies. Soon after that, he started appearing in some of the ads and later on, moved to TV appearances.

Khamani Griffin has a net worth of around $400 thousand as of 2020 from his career as an actor since a tender age.

While talking about his career, he started auditioning for the role of movies and TV series when he was just five years and made his onscreen debut in 2003 after appearing in a movie named Daddy Day Care. For his first role, he was selected from several thousand children.

After this, he has worked in several movies and series and has more than 25 acting credits in his name. Some of his notable works include ER, My Name Is Earl, Barnyard, Without a Trace, All of Us, NCIS: Naval Criminal Investigative Service, Carpoolers, Brothers & Sisters, Hip-Hop Headstrong, Ni Hao, Kai-Lan, Rise of the Guardians, Cloudy with a Chance of Meatballs 2, Modern Family, The Mick.

Apart from acting, he is also a content creator as well as an educator.

What is His Relationship Status?

The 22 years old actor Khamani Griffin doesn't seem to be involved in any kind of love relationship and affairs as of late 2020. He seems to be much focused on his career rather than getting involved in love life.

If we go through his social media platforms, we can see lots of pictures of his work. None of the pictures have flaunted his love life.