Khadeen Ellis is an actress and internet personality from the United States of America. She is widely recognized for her performances in A Piece of Me: An Everyday Story, Makeup X Breakup, and The Business of Christmas.

Also, she is widely famous as the wife of an actor Devale Ellis. Along with her celebrity husband runs a youtube channel titled, The Ellises.

Khadeen Ellis was born on December 5, 1983, in the United States, under the zodiac sign Sagittarius. She is an American by nationality and belongs to the Afro-American ethnicity.

Details about her parents have not been disclosed to date. She hailed from an Afro-American ethnic background and was born. Her current age is 37, and she stands at the height of 5 feet 6 inches or 167 cm tall.

Moving towards her academics, she went to Hofstra University School of Communication and graduated with a Bachelors in Broadcast Journalism. Later, she enrolled in Master's and learned Speech Communication.

The Makeup X Breakup's star Khadeen stepped into the entertainment industry in 2016 with the movie A Piece of Me: An Everyday Story. In her debut film, she portrayed the role of Maxine King alongside her husband, Devale Ellis. The movie revolves around one man's struggle with forgiveness, curses, and verbal and physical abuses inflicted upon himself by his siblings and his mother.

After two years, she appeared in the Tv show titled Black love, from which she got her breakthrough and rose into prominence. Following that year, she appeared in Makeup X Breakup's television series, characterizing Ronnie in four episodes.

Recently, Ellis appeared in the movie The Business of Christmas, portraying the role of Cyndi. Khadeen runs a youtube channel titled, The Ellises alongside her husband Devale Ellis, uploading family vlogs and podcasts. Ellie's podcast was trending on the Apple charts, ranking #5, and is still in the top ten.

How Rich Is Khadeen Ellis?

As of 2021, the celebrity spouse's net worth is estimated to be approximately $3 million. She surely earns a salary in hundreds of thousands as an actor and YouTuber. She has been affiliated with many brand endorsements, and commercials for many big companies like American Express, JCPenny and has endorsed brands like Honest Co, Savage x Fenty, and Fabletics. 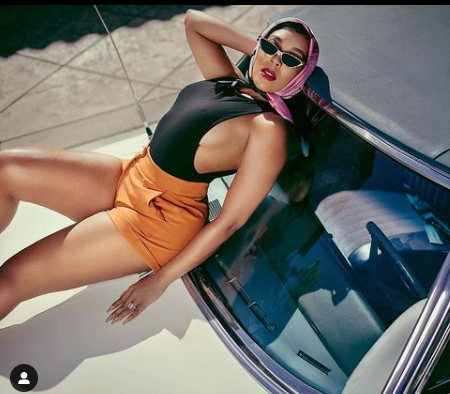 CAPTION: Khadeen's net worth is estimated at around $3 million SOURCE: Instagram:@khadeeniam

On the other hand, her husband, Devale Ellis, has an estimated net worth of $ 5 million gathered with a successful career as a footballer and some acting parts.

According to Influencer marketing Hub, the actor's estimated earning per post ranges from $3,280.5 - $5,467.5, with an engagement rate of 3.85%, through his Instagram account, with more than 1.5 million followers.

As per sources, an average American footballer receives a minimum income of $435,000, while the highest-paid footballer racks up to $1.2 million yearly.

The 37-year-old star is married to her long-time boyfriend turned husband, Devale Ellis, a former footballer, an actor from the United States. The couple met for the first time in the educational institution Hofstra University School of Communication. As of now, the duo has been married for decades. 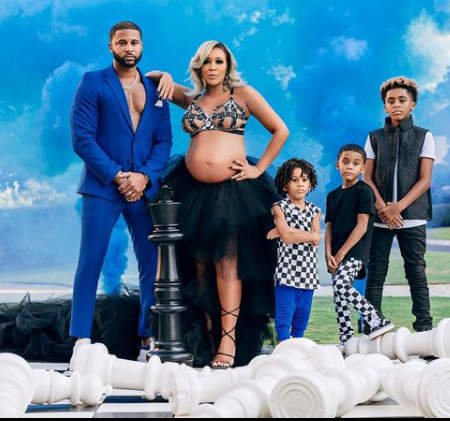 CAPTION: Khadeen Ellis with her husband and their kids SOURCE: Instagram:@khadeeniam