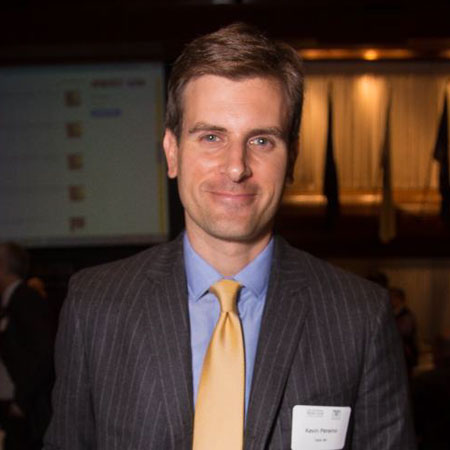 Kevin Peraino is an American journalist and an author. Peraino is a team member of the Council on Foreign Relations. He has reported news from all over the world.

Kevin Peraino was born on June 7, 1976, in California in the United States of America.  American by nationality, Peraino doesn't belong to any other particular ethnicity except White. Peraino was interested in reading various novels and books even as a child. He grew up in Ridgefield, Connecticut.

Peraino graduated from the Northwestern University. He was an all-time champion in debate and speech competitions during his school and college years. Peraino also participated in various political shows which helped him to step up to achieve his goals in a journalism career.

Kevin Peraino's career began when he published his first book named "Lincoln in The World: The making of Statesman and The Dawn of America Power" in  2013, October. The book talked about  Lincoln's foreign policy.

Peraino rose to prominence after the publication of his first book. Soon after he released his second book, The Daily Beast.  It is known to be the best book about President Lincoln.

Peraino has also worked for the Newsweek Magazine as a writer from 1999-2010. He has reported from several countries such as Yemen, Libra, Syria, Iraq, and Israel.

Kevin Peraino became a finalist for Livingston Award for his foreign affairs writing. He has worked for various publications including The Wall Street Journal and Foreign Policy among others as a writer.

Kevin Peraino is married. His wife Reena Ninan is a TV journalist at CBS News. The couple has two children together; a son named Jackson Peraino and a daughter named Kate Peraino.

Kevin Peraino's net worth is more than $1 million, most likely or it could even be in double digit millions as he has two widely popular books to his credit and a successful journalism career as well.