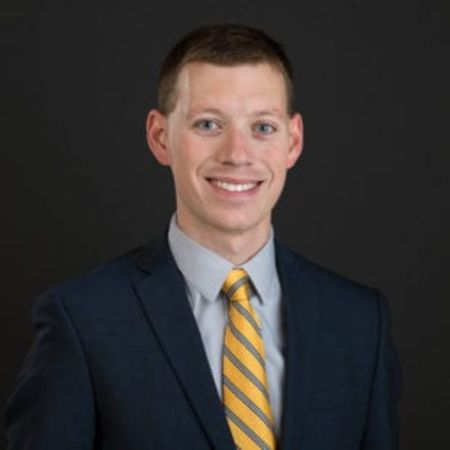 Kevin Brown is an American sports commentator who works for ESPN as on play-by-play for ESPN’s coverage of college basketball, high school football, college football, and college hockey.

Kevin Brown began his broadcasting career at the student-run radio station, z89, while studying at Syracuse University. He was a sports staff member and provided play-by-play commentary for football, women's basketball, women's lacrosse. He was also a reporter for high school football and was a studio host, producer, engineer for broadcasts. Additionally, he also hosted a weekly two-hour sports-related talk show on the station. 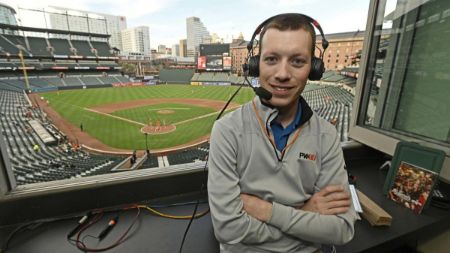 Kevin Brown on the commentary booth SOURCE: The Baltimore Sun

From February 2010 to April 2011, Brown worked at the Syracuse University-operated WAER-FM -- where he worked as the sports director. Among his duties was managing the production of daily morning and afternoon on-air updates as well as the coverage of all live Syracuse sporting events including football, men's basketball, and men's lacrosse games.

He worked as the play-by-play broadcaster for the Madison Square Garden (MSG) Varsity for three years from September 2011 to September 2014, calling high school football, basketball, soccer, wrestling, volleyball, and lacrosse.

He also had a half-decade gig at Time Warner Media from September 2011 to January 2017. He provided play-by-play commentary for a litany of high school and college sporting events.

From March 2011 to September 2017, Brown has worked as the director of broadcasting and media relations for the Triple-A affiliate of the Washington Nationals, the Syracuse Chiefs. 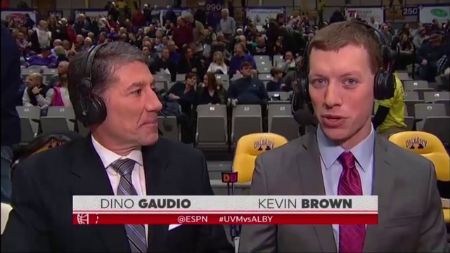 Kevin Brown (right) has been a play-by-play broadcaster for ESPN since 2016 SOURCE: YouTube

Since 2016, Brown has worked for ESPN as the resident play-by-play commentator. He provides play-by-play coverage of numerous sports including college basketball, high school football, college football, and college hockey.

In addition to ESPN, Brown has been working as the play-by-play broadcaster for the Baltimore Orioles since February 2019.

Kevin Brown is estimated to have a net worth of $200 thousand. His wealth comes from his career as a broadcaster and sports commentator. He started his career while studying at Syracuse University working for the student-run z89 and WAER-FM. He has since worked for numerous outlets, including Time Warner Media for five years, the Syracuse Chiefs for six years, MSG Varsity for 3 years. He currently works as the play-by-play commentator for ESPN and the Baltimore Orioles.