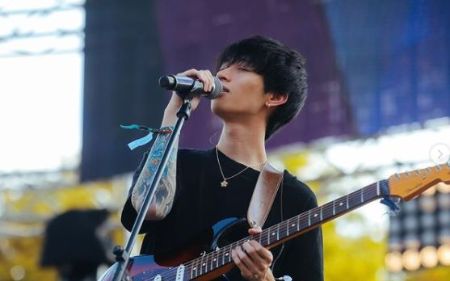 Casey Luong popular with the stage name Keshi is a well-known American singer and songwriter. He is famous for his songs like Over U, Like I Need U, and 2 Soon.

Besides that, the musician is a producer and multi-instrumentalist. Along with making music, he previously had a full-time job as a registered nurse.

Keshi was born Casey Luong on November 4, 1994, in Houston, Texas. He is an American by nationality who was born to Vietnamese parents.

At the age of 13, he started learning guitar after picking it up from his granddad's music book. The 26 years old got motivated to learn guitar after watching Drake Bell on the television Drake & Josh. He named Ed Sheeran and John Mayer as his biggest influences to play guitar and write music.

Talking about Keshi's education, he attended Stephen F. Austin High School. Later, he graduated from the University of Texas at Austin holding a Bachelor's degree of  Science in Nursing. For a couple of years, he served as an oncology nurse at the Texas Medical Centre.

Keshi started his career sharing music on his SoundCloud page during his college days. He learned writing, producing, performing, and engineering his own music by watching YouTube lessons.

Eventually, the singer came into the spotlight with his magical vocals combined with lo-fi productions. Some of his extended plays are The Reaper, Skeletons, Bandaids, and Always. 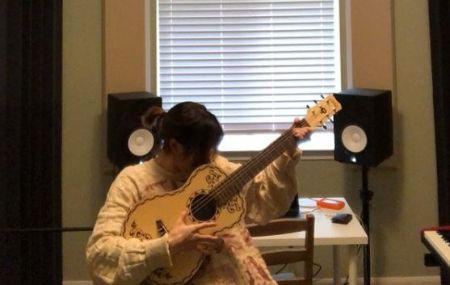 As a lead artist, Keshi sang songs such as Over U, Just Friends, 2 Soon, Right Here, Always, Besides You, and Pillows. Furthermore, he has altogether 3 single albums titled and they are If You're Not the One for Me Who Is, Good Days, and Bandaids (Live Sessions).

In 2020, he along with Paul Jason Klein worked as co-writer and guitarist in the song What I Wish Just One Person Would Say to Me aka Happy for You.

What Is Keshi Net Worth? His Social Media Earnings

The primary source of his earnings is his songs and albums. Besides that, he also earns an impressive sum via social media.

Over U singer is currently dating his childhood sweetheart. His girlfriend's name is still a mystery.

Once in an interview, Keshi said they are friends ever since 5th or 6th grade and he often visits her parent's house. He also loves Japanese sweets, daifuku made by his girlfriends' mother.