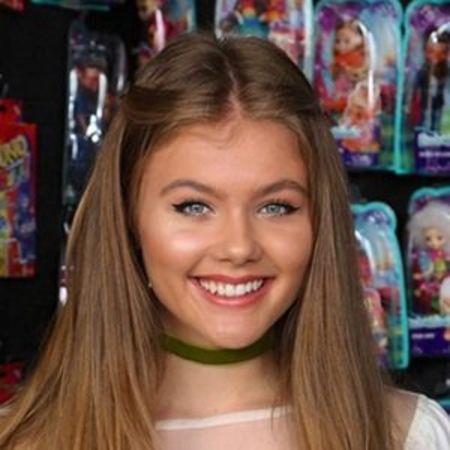 Kerri Medders is an American singer turned actress who started her career at a young age and became famous after releasing a self-titled album when she was just 12 years old. Similarly, she is also known for her acting on the Netflix series Alexa & Katie.

Kerri Medders was born under the birth sign Capricorn on January 7, 2000, in Houston, Texas, USA. Her birth name is Kerri Ann Medders. She was raised alongside two siblings: one brother and one sister.

During her childhood days, she moved to Los Angeles, California, along with her parents and siblings to achieve her career in the music field.

Kerri Medders was interested in singing since her childhood days; this was the reason behind she moved to LA. She released her first single Class is Out on iTunes when she was just ten years old in 2010. She caught the limelight after she released the self-titled album in 2012.

Later on, she also started her career as an actress, and to this date, she has more than 10 acting credits under her name. In the beginning, she appeared in short videos such as Point of Death, Microeconomics, and Curse of the Golden Orb.

She, however, grabbed a huge attention for her role in the series, Alexa & Katie as Gwenny where she has appeared alongside Isabel May, Tiffani Thiessen, and Adde Shin.

Her recent appearance is in the SEAL Team as Emma Hayes which aired from 2017 to 2019. Currently, she is working for the upcoming series, Do Not Reply.

The teenager singer as well as actress, Kerri Medders is supposed to hold the net worth of around $500 thousand. She has not mentioned her exact salary, but as a singer, she might be getting $30 per hour as it's the average salary in the USA. Similarly, she also might have got around $45,000–$65,000 per year from her shows and tours.

An average salary of the actress is around $50 thousand, so she also might be receiving the same amount.

The 19 years old singer, Kerri Medders is in a romantic dating relationship with boyfriend Holden Glazer. Her boyfriend is also a famous singer who is currently involved in the band TheCatching as a lead singer. 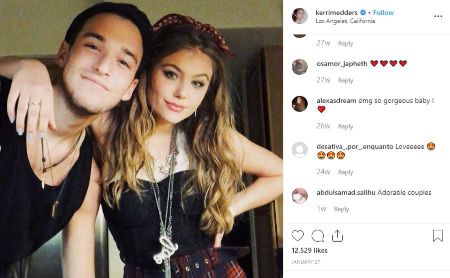 Kerri officiated her relationship on Jan 27, 2019, through her Instagram post. Since then, she has shared lots of cozy pictures on her social media.

Before this relationship, she has not been linked with anyone.