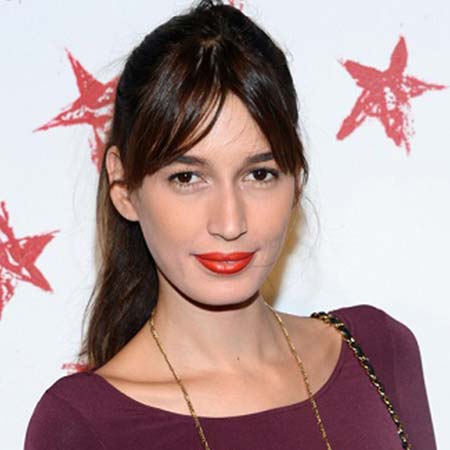 Kenza Fourati is a Tunisian French model who started her career at the age of 15 following her appearance in the Elite Model Look competition in 2002.

Kenza Fourati was born on May 13, 1987, in Lille, France to mother Dora Bouchoucha and father Kamel Fourati. She has a younger sister, Maleke Fourati as well. As for her nationality, she is a Tunisian French and belongs to a multiracial ethnicity (French, Tunisian).

Regarding her education, Kenza enrolled at a French High School in Tunisia, and later on, studied at the L’Universite de la Sorbonne. After she graduated from there in Literature and Fine Arts in 2008, she joined the Kingston University in London to finally graduate in 2010, with a Master’s in Film/Cinema/Video Studies.

Besides, the model also joined the New York Film Academy in 2011.  Kenza is a multilingual as she can speak as much as four languages (Arabic, English, French, and Italian).

Fourati started her career at the age of 15 after she finished third in the Elite Model Look competition. Following her modeling career, she has worked with the likes of Vogue Paris, Elle, Marie Claire, L’official Voyage, Grazia, Swimsuit Illustrated, and GQ.

Besides, she has also walked for Armani, Celine, Gianfranco, Ferre, Tommy Hilfiger, Valentino, and Vivienne Westwood.

Besides her modeling career, in 2013, Fourati also launched her own fashion line in her home country. The line might have been terminated as its Facebook page has not been updated since 2014.

The 5 feet 10.5 inches tall model Kenza Fourati has ama s sed a net worth of around $3 million as of 2019. She gathered her fortune from her career as a model as she earns a salary of around $342 per hour which totals to around $719 thousand per year.

Recently the wife of Ayman appeared in the cover of Grazia magazine, so for that, she must have earned a wage of $250 per hour meaning she must have easily made $1000 from her work there.

From her huge earnings, Kenza is living a lavish lifestyle as she has a house in Brooklyn, New York. The house is based on Middle-Eastern Aesthetics. She also has a home back in Tunisia, probably her parents’ home.

The beautiful model Kenza Fourati is in a married relationship with her boyfriend turned husband Ayman Mohyeldin. Mohyeldin is a TV journalist for NBC News. The duo shared their wedding vows on 26 April 2016 in Ayman’s hometown, Marietta, Georgia.

Marhaba (Welcome) to @gqmiddleeast! Last Night with my love, wearing a @tonywardcouture dress, @marzook_official clutch and @vikjetfinejewellery. Styled by @yasmineeissa who made me discover so many great talents in the region( pic by @hichem_2412)

She has two children; a daughter named Dora Mohyeldin born on 12th March 2017 and a second baby; a son named Idris Mohyeldin, born on April 19, 2019.

Brooklyn, April 18th 2019|| So much to celebrate and be thankful for... From our baby boy Idris who made a powerful entrance into this world earlier this month to @aymanm celebrating his birthday! You make 4-0 look so so cool my love!

Prior, she dated Ryan Leslie. Leslie is an R&B singer. The duo’s breakup is quite a mystery as they have not yet spoken about the reason behind their separation.