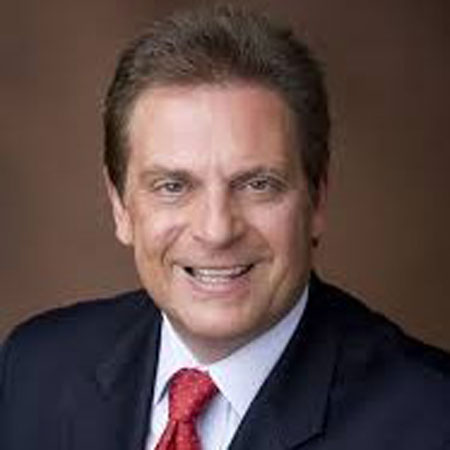 Kenny Rice is an American sportscaster best known for his horse racing reporting with the NBC and MMA coverage for HDNet.

The skillful sportscaster was born on 28 July 1956 in McDowell, Kentucky. He was raised in the Eastern town of McDowell. He holds an American nationality and belongs to White American ethnicity.

When he was at his high school he started to began his career for WDOC. Then he attended the University of Kentucky and completed his graduation.

Rice also became the sports director for the WTVQ TV in Lexington.

The popular sportscaster has covered horse racing, reporting on the Kentucky Derby, Preakness Stakes, Belmont Stakes, and Breeders Cup since 1999. He has covered the U.S. Olympic Trials in both the Equestrian and Triathlon. He has reported on the NFL for the NBC Football Night in America. He has also served for Mark Cuban’s HDNet.

Race hosted the popular inside MMA with legendary champion Bas Rutten. Along with Paul Maguire, he called play by play of the inaugural United Football League 2009.

The 61-years-old sportscaster’s personal life is overshadowed by his professional career and is pretty uptight in sharing his personal life with the outer world.

But there’s a rumor that he is married and have children and no other details are given regarding his personal life. From his early age, he was interested in sports so he just focused on making his career and has no time for affairs and girlfriends.

As Kenny is the sportscaster of America, he has earned a good amount of money and has covered numerous big sports events. He has also been honored with numerous awards and his total net worth is estimated to be in millions of dollars.