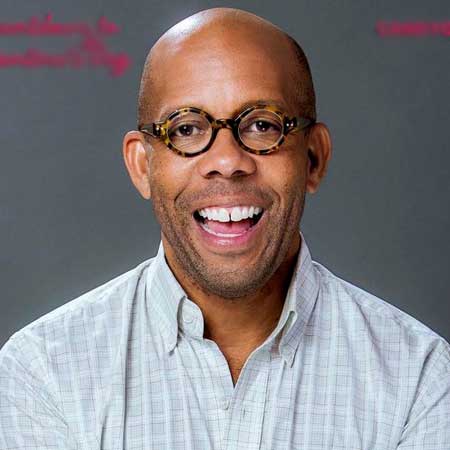 Ken Wingard is a professional architect, designer, entrepreneur, and a reputed personality. He works as a designer on Emmy award-winning company, Home Made Simple and is an expert on Hallmark's Home and Family. He earned immense popularity through his works.

Wingard was born as Kenneth Wingard. He grew up in a military family. He has traveled the world, living in Europe and Asia during his childhood days.

Wingard attended Princeton University, where he studied architecture. He graduated in 1986 and traveled extensively in Europe, Africa, and Asia studying art, sculpture, and architecture for the next several years.

Ken Wingard returned to the U.S. in 1989 and started working for Williams-Sonoma in 1989. He became the Divisional Director of Pottery Barn in the same year. There he designed their assortment being instrumental in the re-launch of the brand. He left Pottery Barn at the end of 1996.

Wingard launched his first line of decorative accessories that included brushed metal vases, bowls, and candlesticks. Later, he explored other materials such as wood, acrylic, and glass and continued to work with his favorite materials, in a growing number of categories. It includes apparel and interior design projects from retail stores to vacation homes.

Wingard is currently working as a designer on Emmy award-winning company, Home Made Simple and is an expert on Hallmark's Home and Family.

Wingard currently also works in a growing number of categories which includes apparel and interior design projects from retail stores to vacation homes.

Ken Wingard is married and has three children. He has kept his married life confidential to the public. He has not mentioned his past affair in any of the social media.

Their wedding ceremony held in a private way that only his close relatives knew about the ceremony. The couple is blessed with three children.

They together have twins' children, Margot, and Flynn and a daughter named Coco. He welcomed the twins on August 26, 2013. He has posted several pictures with his children on his Instagram account. He currently resides in San Francisco with his family.

However, he is happy with his children as seen on his Instagram account. He loves spending his leisure time with his wife and children. He earned huge popularity through his works. Many people praise his skills and talents.

Despite his popularity, he has kept his personal life low profile. He is good at his works as he is highly concentrated towards his career.

Ken Wingard's Net Worth And Salary

Wingard has earned a huge amount of salary from his work, as average salary paid to the architects is $76,100 per year. He has maintained an impressive net worth in his life which as per some online sources can be believed to be over $0.5 million.

Wingard is active on social networking sites like Instagram and Twitter. He has a huge fan following on both of his accounts. He has posted several posts regarding his works on his social accounts.