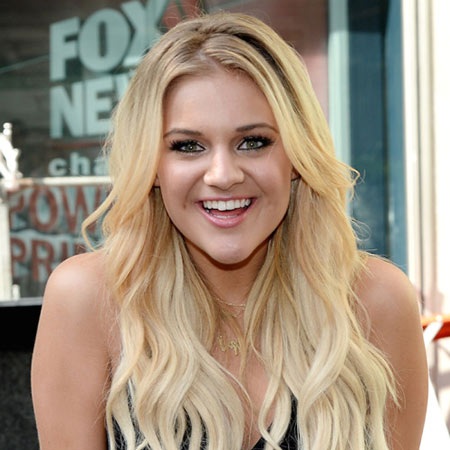 Kelsea Ballerini is an American country pop singer. She was born on September 12, 1993, in Mascot, Tennessee, US. The 22-year-old singer is a rising star with a vivacious personality. She is, in fact, becoming one of the biggest trendsetters in the country music genre, as well as one of the most in-demand opening acts in the business.

Kelsea Ballerini was raised in Knoxville before moving to Nashville. Her mother worked as a marketing officer and her father, a part Italian, was a country radio programmer. She took dancing lessons at the age of 3 as well as sang in the church and school choirs. As a kid, she listened to pop singers like Britney Spears, Christina Aguilera, and NSYNC as well as Frank Sinatra and Stevie Wonder.

Kelsea Ballerini heard Stupid Boy by Keith Urban and decided to explore deeper into country music by listening to albums by Taylor Swift, Sugarland, and The Dixie Chicks, while Shania Twain remained her greatest influence. This mix of musical genres inspired her and led her to write her own songs, mixing both pop and country music.

Kelsea Ballerini started journaling at age 12 and then moved to writing poems and singing them for self-amusement. She was already singing songs at 13, the same year she gave up her dance lessons, and took her first steps into the recording studio at the age of 14. Her mom had given her the studio time as a birthday gift so she could record some of her songs and look back on them in the future, but things took an interesting turn when it deepened her pa s sion for music even more. Instead of looking back into her songs in the future, she looked forward and made music her future.

Kelsea Ballerini looked forward to writing and recording more of her music. She also taught herself to play the guitar at the age of 13. She attended Lipscomb University for two years until she pursued a musical career.

At the age of 19, Kelsea Ballerini signed a deal with Black River Entertainment. She released her debut single “Love Me Like You Mean It” in late 2014, which debuted on Country Airplay in October 2014. She was named one of CMT's Next Women of Country in 2014. On July 4, 2015, her single "Love Me Like You Mean It" reached number one on the Billboard Country Airplay. This feat made Ballerini the first solo female country artist to score a number one hit with her debut single since Carrie Underwood did so with "Jesus, Take the Wheel" in 2006. She was also the eleventh in history to do so.

Kelsea Ballerini also became the fifth female solo country artist to score back-to-back number one hits with her first two singles when her single “Dibs” reached the top of the Country Airplay chart dated March 5, 2016. The album's third single, "Peter Pan" was released to country radio on March 21, 2016, which received the tenth position in the US Country Airplay. She also frequently tours around the country, spreading her unique vocals. As for her body measurements, her height is 5 feet 6 inches and her weight is 119 pounds.

Singer Songwriter Love me like you mean it Black River Entertainment