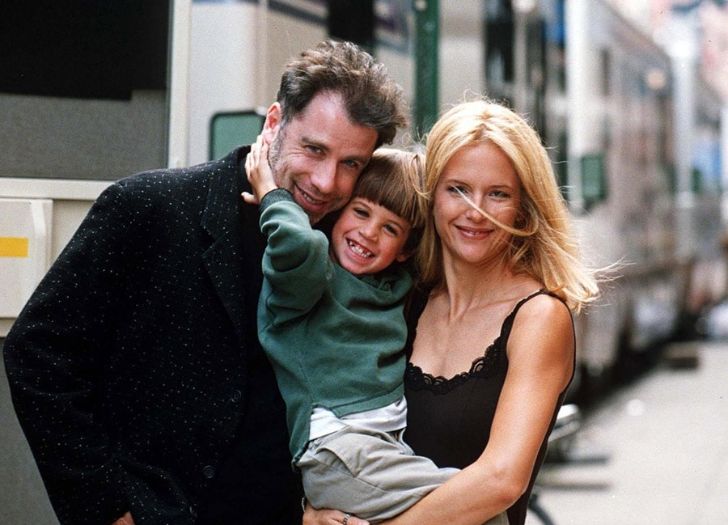 The actress, Kelly Preston shared the picture of her and John Travolta with their late son, Jett in honor of Autism Awareness.

The 56 years old actress, Kelly Preston has recently raised awareness for the autism patient with an emotional picture of her late son Jett who died due to autism. In the post, she has shared the picture of Jett lying between his parents: Kelly and John Travolta and they are seen kissing him.

To my sweet love, Jett... you are in our hearts forever. I send love to all of the beautiful autistic children and the wonderful people who love them. May we all shine and grant love and respect to children with special needs #autismawareness #autism

The Hollywood couple lost their son, who was diagnosed with autism, in 2009 at the age of 16. He passed away while he was on vacation with family in the Bahamas. His head got hit on a bathtub and his brain got uncontrolled electrical disturbance at his vacation home at the Old Bahama Bay Hotel.

In 2003, the actress told Montel Williams that his son was just two years old when he became very ill and later on diagnosed with the Kawasaki disease.

Once in 1994, while giving an interview, John Travolta revealed regarding his love for fatherhood. He said that,

I can’t imagine what life would be like without Jett

Unfortunately, his son died 15 years after he said the statement. Recently he has also spoken out about his late son; Church of Scientology helped him to come out from the tragedy.

The church never left our side for two years. I don’t know if I would have made it through without their support.

After the two years of the tragedic incident, the couple welcomed another son, Benjamin and they also have a daughter, Ella Bleu.