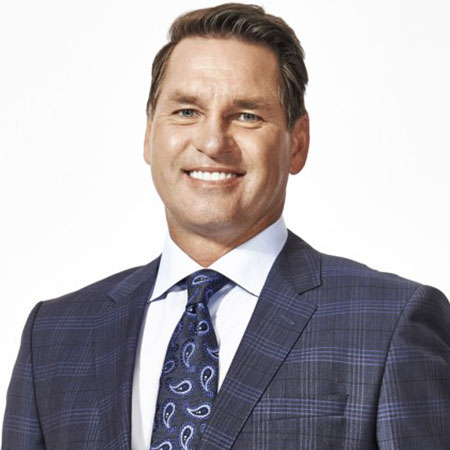 Kelly Hrudey is a Canadian former National Hockey League player. He is currently working as a  hockey broadcaster with Sportsnet as an analyst for Hockey Night in Canada and the Calgary Flames as a commentator. Besides work, he is currently living his happy life with his wife Danna along with three daughters.

Kelly Hrudey was born Kelly Stephen Hrudey on January 13, 1961, in Canada under the zodiac sign Capricorn. People who are born under this zodiac sign have the personality such as responsible, disciplined, self-control.

Kelly started his career as a hockey player. Kelly played junior hockey for three years with the Western Hockey League's Medicine Hat Tigers. He was drafted in the NHL in 1980 where he first played for the Indianapolis Checkers, New York’s minor league affiliate, and later moved to the main club in the 1984-1985 seasons.

In 1987, he was the Islander’s goaltender when they defeated the Washington Capitals. Later in 1987, Kelly was the third-string goaltender on Team Canada during 1987 Canada Cup, but he did not appear in the game. In 1989, he traded to the Los Angeles Kings and played there for eight seasons. 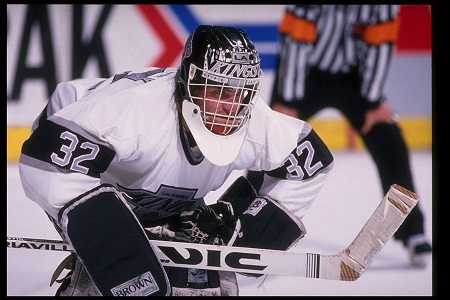 In 1996, he signed the contract with San Jose Sharks and played his last two seasons with the club before he retired in 1998.

What Did He Do After His Retirement From Hockey?

After he retired from hockey, he joined the broadcast team as a full-time analyst. While working as a broadcaster, he was featured in the Behind the Mask segment with hosts Scott Russell and later with Scott Oake. Kelly even debuted Hockey Night in Canada Radio in 2007. He worked alongside Ron MacLean and Mike Milbury on HNIC’s primary studio team for a year.

In 2014, Kelly joined the Sportsnet full-time employee and covered several hockey games. As of now, Kelly along with his co-host Rick Ball is the new announcer for the Calgary Flames regional broadcasts.

Besides his career in hockey and broadcasting, Kelly is an author and has written wrote a book Calling the Shots.

Kelly has a net worth in millions of dollars, however, his exact net worth is not revealed. He earned his fortune from his professional career. According to some sources, the former NHL player reportedly earns an approximate $2.5 million annually.

He played hockey from 1984 to 1998. While he was a hockey player he has played in many games and tournaments. After he retired he joined the broadcast team as a full-timer. He has hosted for many games, epically of hockey.

He even published his own book called Calling the Shots while he was working as a broadcaster. According to the source, a broadcaster earns about $55,593 per year which generally ranges from $28k to $131k.

Kelly Hrudey is a married man. He got married to Donna Hrudey. After they got married, the couple was blessed with three daughters. He and his wife Donna is currently living their happy married life with their daughters; Kaitlin Hrudey, Jessica Hrudey and Megan Hrudey in Signal Hill, Calgary, Alberta. 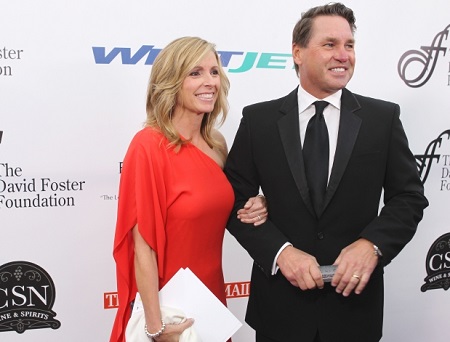 He spends most of his times with his family member. Besides his work, he even does advocacy in the field of mental health. He was reportedly inspired from his daughter’s struggles with anxiety and obsessive-compulsive disorder. On November 3, 2017, he even received an honorary degree from Mount Royal University for his mental health advocacy efforts.

Kelly Hrudey gives his take on what Jake Muzzin adds to the Leafs' roster.https://t.co/rX3Al4PtRL

Meanwhile, the popular former hockey player and broadcaster, Kelly is less active on social media, however, he is active on Twitter. As of February 2019, he has about 96.5k followers on his Twitter account.

In the video shown below, Kelly Hrudey joins Melanie in the studio to talk about his time with the NHL back in the days, which he wrote about in his new book Calling the Shots.

You May Also Like: Lisa Joyner, Catherine Kelley, andLiz Wheeler