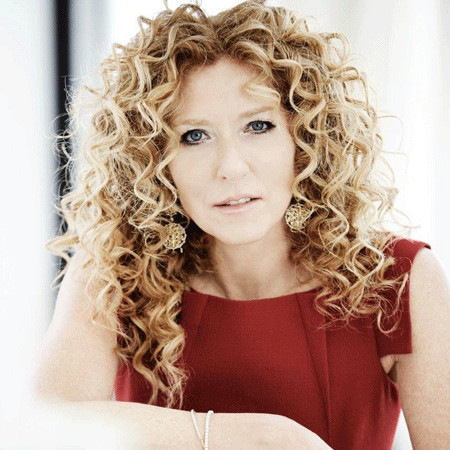 She is a fantastic interior designer and her work is really commendable. She is none other than the very pretty and very talented Kelly Hoppen.

Hoppen was born in the year 1959 on July. At this age, she looks very young and this is really because she has maintained herself with good exercise and a balanced diet. She was born in a place called Johannesburg which lies in South Africa.

Her nationality is English. She has not only been a fantastic interior designer but also a great author and proprietor. She has already been on the verge of becoming a legend and at this age, there is nothing left for her to achieve. She has enjoyed success at the highest level and her fame is enormous.

Hoppen is of Jewish and Irish descent so her ethnicity can be taken as mixed. She was a very motivational child from a very early age and she started her career at a very early age of just 16. She has not only done great as a designer but she has used those designing skills and has written some of the best selling design books.

Till today, she has managed to write a total of eight books. Her latest book was Kelly Hoppen Design Masterclass- How to Achieve the Home of Your Dreams and it was a huge success. She has her own design philosophy which is different than others and this is what makes her work so unique.

She has also appeared in a lot of TV shows and has shined in all of them. She has done excellent designing for home interiors and furniture as well.

Kelly Hoppen's Net Worth And Salary

Kelly Hoppen's net worth is expected to be around $5 million at present. She has earned a huge amount of salary from her career.

As a designer, she has designed for a number of celebrities, including David and Victoria Beckham; and Martin Shaw, who was one of her early clients. She has designed the homes, yachts, and jets of private clients, as well as commercial projects in several countries, including hotels, restaurants, offices, and aircraft.

She has presented her own show on Channel 5 called Superior Interiors with Kelly Hoppen. She became one of the new dragons on BBC Two's Dragons' Den on August 11, 2013, following the departure of English TV personality, Hilary Devey. She has appeared in the fourth series of BBC Two's The Great Interior Design Challenge as a judge alongside Daniel Hopwood in 2017.

Her personal life has been full of ups and downs. She was dating her boyfriend Graham Corrett before the couple decided to get married and live happily as husband and wife. The couple got married in the year 1982.

But sadly, due to some serious problems, the couple had to part their ways. The couple ended their relationship by going through the process of divorce in the year 1989. After that, she moved on with her life and married Edwin Miller. With him again her relationship could not last and it also ended in a divorce in the year 2003. She has only one daughter. The name of her daughter is Natasha Corrett.

A lot of information on her and her biography can be easily grabbed from popular wiki sites such as Wikipedia and IMDb. She is active in social networking sites such as Twitter and Instagram. She has been very successful in her career and this has given her great earnings and a wonderful net worth.