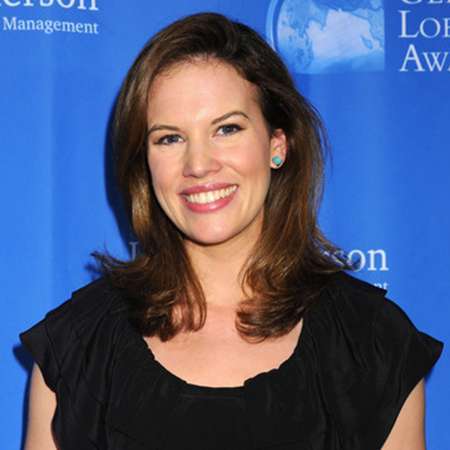 American Journalist Kelly Evans is a co-anchor of Closing Bell on CNBC and previously worked as an economics reporter at The Wall Street Journal.

She joined the network in February 2012 and is one of the recognized young faces on CNBC. She is featured in Elle's "This is 30" edition.

Evans is married to CNBC's sports business reporter, Eric Chemi. The pair is living happily married is expecting their first child in 2018.

Born on July 17, 1985, in Hartford, Connecticut, she was brought up in Lexington, Virginia, Rockbridge County. She is the daughter of Dave Evans.

Growing up, she has always been a good athlete and has earned eight letters in lacrosse, cross country, and track in the Rockbridge County High School. She placed 8th in Virginia at the cross-country state championships in her sophomore year in high school.

Kelly got the First Team All-State, a First-Team All-ODAC, and a First Team All-Region selection for Lacrosse. Also, she was a four-time scholar-athlete in her early days. She was also in the national leadership society Omicron Delta Kappa.

Kelly’s career started in 2007, from a for the Wall Street Journal as a journalist. She covered real estate and economics. She also worked for two years as a reporter for the Global Economics Bureau. She then started writing for the “Ahead of the Tape” column and served as an anchor for “News Hub”, the Journal’s daily online video. She also wrote for "Heard on the Street".

A Gawker article was written about Kelly, titled "The Mixed Blessing of Being the Next ‘Money Honey’" which discussed her fans' adoration for her. Her fan page on the website RedEye was created during her tenure in the Wall Street Journal and identifies itself as a group of fans of Kelly Evans and they sure are a dedicated lot. She also was a guest on various news programs like Fox News, CBS, and Russia Today before joining CNBC.

Kelly joined CNBC in May 2012 and was believed to have replaced former CNBC host Erin Burnett, who left the channel to anchor a news program on CNN.

She was assigned to CNBC Europe’s London, England headquarters previously. Evans was a moderator for the Fox News/Wall Street Journal South Carolina Republican Party debate in Myrtle Beach in 2012.

She also moderated a part of the 25th annual mock convention event at her alma mater, a James Carville v. Ann Coulter debate. In May 2013, she was based out of CNBC’s headquarters in New Jersey.

Kelly Evans' Net Worth And Salary

Evans's current net worth is $1.5 million. She has earned millions from her successful career as a journalist. She started at the Wall Street Journal in 2007, covering real estate and economics.

She also worked there as a reporter for the Global Economics Bureau and was one of the moderators for a 2012 Republican Primary debate in Myrtle Beach, South Carolina.

She also hosted the daily "News Hub" program on WSJ.com and was a frequent guest on television and radio networks, including CNBC. Evans joined the Journal in 2007 as a reporter covering real estate and economics.

Her recent article One Nation, Dangerously Divided focused on the unemployment tendency of the US and also the corporate situation of America when they are under the rule of Republican or Democratic governments.

Kelly focuses more on her career and professional life rather than her personal life. She is very secretive about her personal life and no details have ever managed to escape into the tabloids. As far as the actual news is concerned, she is a single woman.

Evans is a married woman. She married her longtime boyfriend Eric Chemi in April 2017.

Kelly Evans is a beautiful woman with an attractive and charming personality. Her fan following is huge and she is a Caucasian personality.

Her biography and photos are widely searched about on the internet and she is known for dressing impeccably and flaunting her sexy legs. Kelly has been great at everything she has done and she surely will be in the on-screen business for some more years to come. 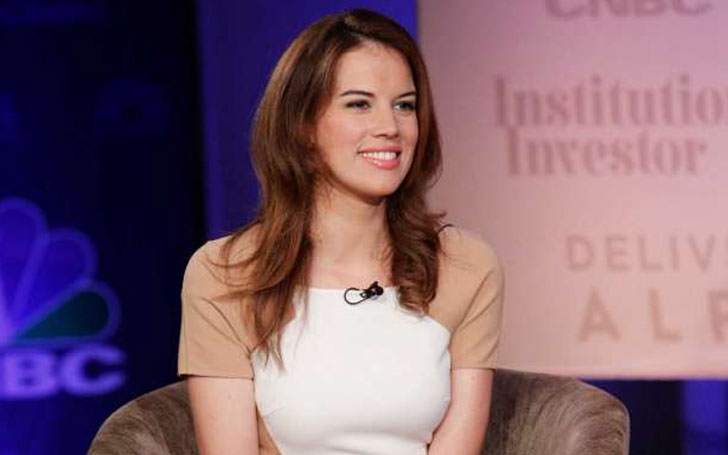 Kelly Evans Is Married To Her Fellow Journalist Eric Chemi 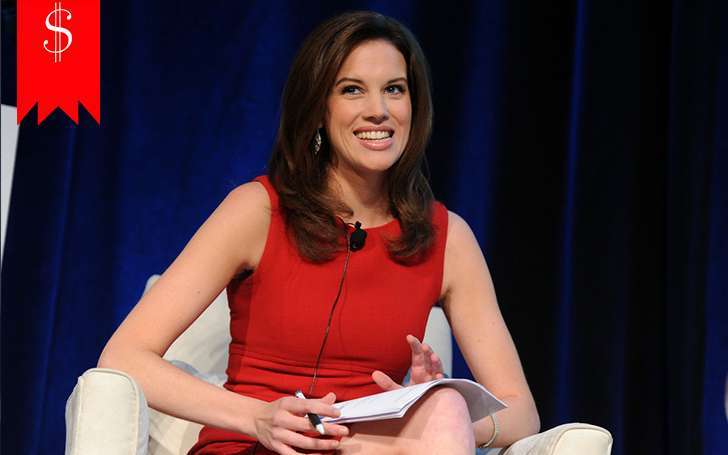