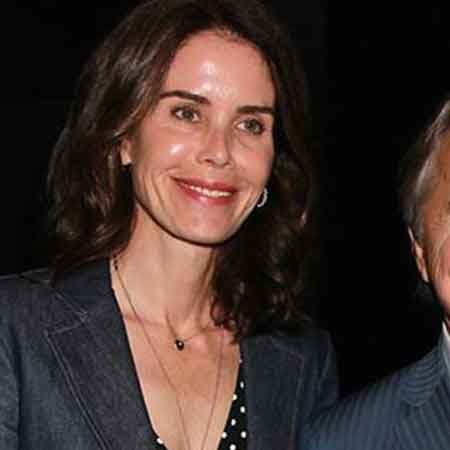 Born and raised in San Francisco, American native Kelley Phleger is a socialite and school teacher. She is best known for being the wife of musician & actor Don Johnson who is an actor, producer, and singer as well. Johnson is best known for his role, James "Sonny" Crockett in the 1980s television series Miami Vice.

Studied At The University Of California

Kelley Phleger was born in 1969 in the United States. As for her age, she is 52 years old, as of 2021. Phleger holds an American nationality and belongs to white ethnicity.

As for her schooling, she attended Urban High School and later on enrolled at the University of California from where she earned a bachelor's degree.

She seems more secretive about her family background as she is yet to disclose about her parents and siblings.

What Does She Do?

Phleger is professionally a school teacher and a socialite. She only came into the limelight after marrying musician Don Johnson.

Despite her fame, Kelley prefers a low-key life and rarely speaks about her profession. On the other hand, her husband Don Johnson is an actor, musician, and producer who is known for appearing in the Television series, Miami Vice where he played Sonny Crockett for which he won a Golden Globe award.

Johnson grabbed both media and public attention after he played Nash Bridges in the 1990s cop series Nash Bridges. Some of his other notable film works are Cease Fire, Paradise, Cold in July, Book Club, and many more.

As per various sources, Kelley has an estimated net worth of $2 million as of 2021. She garners her fortune from her profession as a teacher.

Her husband Don Johnson has not disclosed how much fortune does he have but as per The Richest and Celebrity Net Worth, he has an estimated net worth of $10 million and $40 million respectively.

He owns a luxurious house in Woody Creek, Colorado. He also had a house in Santa Barbara which he put on sale for $14.9 million in October 2014. The French countryside-inspired home had 11,229 square feet of living space.

In 2010, Kelley's husband Don Johnson filed a $23.2 million lawsuit against the production company Rysher Entertainment from whom he sought a share of profits equal to his ownership of half the copyright of Nash Bridges. The deal was settled in 2013 and Rysher had to pay Don $19 million.

Happily Married to Don Johnson Since 1999

Kelley Phleger has been married to musician Don Johnson since 1999. They exchanged their wedding vows at the Pacific Heights mansion on 29th April 1999. Famous actor Robert Wagner served as the best man in the auspicious ceremony.

Mayor Willie Brown was also present on their big day.

As of now, Kelley and Don have been sharing a blissful married life.

The couple prefers to keep their personal life away from the media even after being famous. They were last spotted together at the premiere of Knives Out in 2019. In October 2011, Dan gave fans a rare glimpse of his personal life. He shared a picture via Instagram, where he was seen hugging his beloved wife while celebrating the Laker's win at the NBA finals.

Johnson has children from his former relationships. He previously dated actresses Dakota Johnson. He was also previously married to Melanie Griffith.