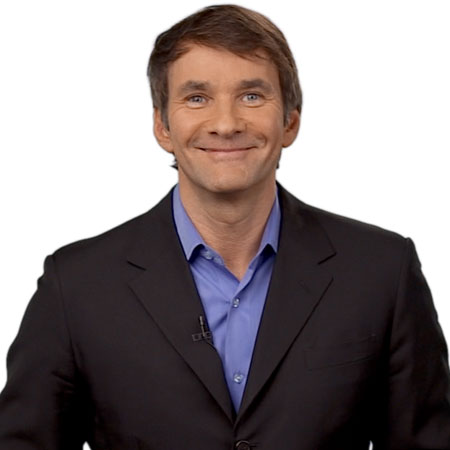 The American author and entrepreneur, Keith Ferrazzi is the founder and CEO of Ferrazzi Greenlight.   He advises businesses on how to improve their marketing campaigns and grow their consumer base through intense study of relational and behavioral science. Besides, he is also a best-selling author who has written several New York Times bestselling books.

The CEO of Ferrazzi Greenlight, Keith Ferrazzi was born on July 14, 1966, in the United States of America. Ferrazzi was raised up in Latrobe, PA, where his father Pete was a steelworker and his mother, Nancy worked as a cleaning lady.

Keith’s parents worked hard to send him to the very best prep school. He attended Yale University, where he set up the Sigma Chi chapter and Harvard Business School. Keith belongs to American nationality and ethnicity wise, he is a Caucasian.

After accomplished his graduation from the Yale University, Keith joined management consulting firm Deloitte and worked as an entry level analyst. His exceptional work on the firm also led him to become its chief marketing officer from a junior analyst.

At the age of 32, Keith also became the chief marketing officer of Starwood Hotels. After he quit the hotel, he established an entertainment and marketing company named YaYa. The company sold to American Vantage in 2003 at a very good sum.

Ferrazzi is not just successful in the field of business, Keith is one of the successful authors who has written multiple New York Times bestselling books. He first published his book, Never Eat Alone in 2005. The book was based on networking experiences.

After that, Keith’s second book Who's Got Your Back?  was published in the year 2009.

Despite being a businessman and author, Keith Ferrazzi has managed to keep his personal life under wraps. Keith isn’t dating anyone officially and also there are no any records of his past relationships. As an entrepreneur, he is quite busy in his career.

Keith Ferrazzi is a successful American author and businessman. He has earned a tremendous amount of money from his various commercially successful business companies and his writing. Keith’s net worth is estimated to be $10 million in 2017.

Keith’s main sources of wealth are his business and writing. He has written two New York Bestselling books, Never Eat Alone and Who's Got Your Back. The first book, Never Eat Alone is on the Kindle for $10.99, whereas its hardcover is $14.83 and Audio CD is $27.50.