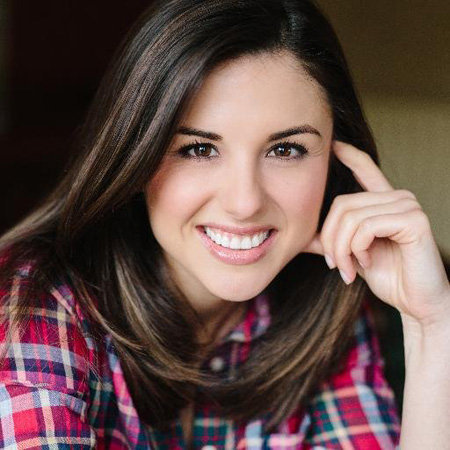 Keeley Emma Donovan, an English journalist/broadcaster, is currently working for the BBC as a weather presenter for television and radio services in North England. She is known for her work on the BBC's Look North and Radio Humberside stations and is also quite famous for being one of the most beautiful reporters and journalists out there. Keeley Donovan’s full name is Keeley Emma Donovan.

Donovan was born on 14 May 1983 in Grimsby, North East Lincolnshire, England. She grew up in nearby Tetney, in the East Lindsey district of Lincolnshire. She was born to Terry Donovan, a professional football player from Liverpool, who briefly represented the Republic of Ireland at the international level.

Her late grandfather, Don Donovan was of Irish ancestry and represented both Grimsby Town and the Republic of Ireland as well as managed Boston United from 1965 to 1969. Keeley also has a younger sister, Kirsty.

After that, she moved to Leicester where she studied for a BA at De Montfort University. She then returned to Grimsby in order to do a post-graduate NVQ Diploma in Broadcast Journalism at Grimsby Institute of Further & Higher Education.

Keeley Donovan started her career in broadcasting at the early age of 14, presenting for Channel 7 Television, a local cable TV station based in Immingham. While continuing her studies, she started freelancing to earn some money. In 2005, she began freelancing for BBC Yorkshire and Lincolnshire and, a year later, joined the locally-based Propeller TV.

Keeley Donovan studied broadcast meteorology with the Met Office and the BBC Weather Centre and then started presenting weather forecasts for the BBC's regional TV as well as the local radio services in the Yorkshire and North Midlands, East Yorkshire and Lincolnshire, and North East and Cumbria regions.

She also works for the current affairs magazine, Inside Out, as a reporter. Moreover, she is also an occasional newsreader for the Leeds edition of BBC Look North.

Keely Donovan's current net worth is not revealed right now. She earns a huge amount of money from her journalism career. According to a source, BBC pays an annual average salary of around $80K to radio presenters. However, she has not talked about her net worth and earnings, yet!

Keely Donovan is a married woman. She is engaged to Johnny I'Anson, a BBC radio presenter. The newly engaged couple has been dating for a few years and recently got engaged. Donovan and I'Anson got engaged in August 2017.  They tied the knot on June 25, 2018, in a private wedding ceremony.

However, they have not announced their wedding plan yet. Keeley Donovan also loves traveling. She likes meeting new people on the way and sharing adventure stories.

As with her family, she is also a football fan. She is also a cat person and admits that sometimes her cat, Allan, gets more attention than any other member of the family.

It has been suggested that Keeley Donovan's pa s sion for fashion has helped Donovan attract an army of loyal fans and male advisors.

She has even been dubbed ‘the hottest weather girl’ in Britain. There were also rumors saying that she got her job due to her looks, only to attract more male audiences. She, however, strongly denies these rumors and believes that, aside from her good looks, she is also a talented journalist and there’s more to her than what meets the eye.