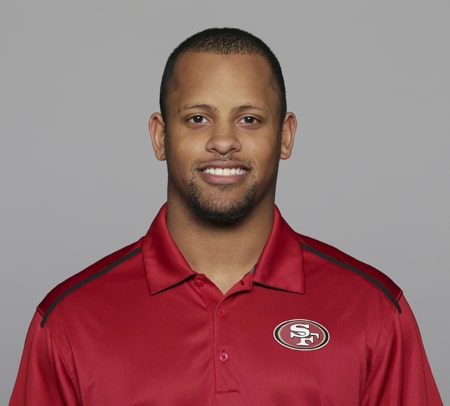 Former American footballer Keanon Lowe made headlines in October 2019 after he disarmed a student who came to school with a shotgun. Lowe was captured pacifying the student at a Portland school, where he also hugged the student after he disarmed his gun. Lowe, who played for Oregon Ducks, is a track coach at Parkrose High School.

On May 17, 2019, an 18-year-old student, Angel Granados-Diaz, entered the hallway in Parkrose High School with a loaded shotgun hiding it in what appears to be a blanket. In the footage released on social media shows Angel entering a room where he took out the gun and prepared an attack.

Shortly later, aghast students can be seen fleeing away from the teenager. Moments later, football coach Keanon Lowe approached the student and successfully disarmed Granados-Diaz before he hugged the student in a long embrace. Sources reported Lowe was called to the fine arts building to get a student.

Later, Lowe said he was about three feet away from the student when the latter opened the door wielding a shotgun. He added,

In a fraction of a second, I analyzed everything really fast. I saw the look in his face, look in his eyes, looked at the gun, realized it was a real gun and then my instincts just took over.

Though the incident took place at the high school in May, the Multnomah County District Attorney's Office didn't release the video until October. The authorities released the video days after the completion of court proceedings. Police said the suspect had come to the school intending to commit suicide.

Keanon Lowe loves keeping his personal stuff far from the media. But it is no secret that the former athlete is happily in a relationship for a while. It is not revealed whether he is married or not, but is definitely in a committed relationship with Midori Portillo. Lowe has shared a couple of snaps with the girl on his Instagram. 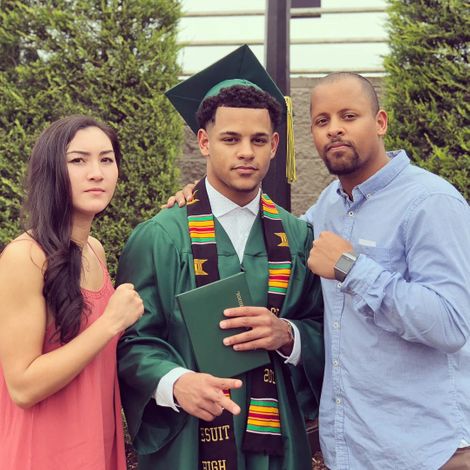 Lowe also has a son, Trey Lowe, however, the name of his mother is not revealed to date. Trey plays in Seattle as of now. He previously played for Jesuit High School.

Keanon Lowe started playing football in his high school days. He is famously known for his career with the Oregon Ducks, for which he played a total of 68 games and completed 891 receiving yards and 11 TDs. He played for four seasons with the team, helping the team win two Rose Bowls.

Following his retirement from playing career, he started working as an analyst in the NFL. At first, he worked with the Philadelphia Eagles and then with the San Francisco 49ers.

Three years later, Lowe started a job as a football coach at Jesuit High School in 2017. A year later, he was appointed as the head coach at Parkrose High School. He is also working with the school's track and field team since February 2019.

Lowe undoubtedly earns thousands of dollars from his profession as a coach, however, the exact amount is to be revealed. His net worth can be estimated to be over $500k in 2019.

Keanon Lowe is an Oregon-born footballer. He hasn't revealed his birth details as well as the details regarding his parents and childhood. He holds an American nationality and belongs of African-American descent. He completed his education at Jesuit High School.