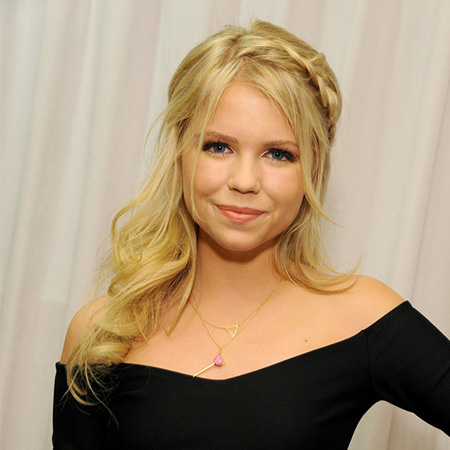 Kaya Rosenthal was born on 5th October 1993 in the United States. She is an American actress, singer and also a web star. She is better known for her self-titled YouTube channel.

Kaya holds an American nationality and falls on white ethnicity.

Kaya Rosenthal has YouTube channel under her own name. She joined YouTube on 3rd March 2010. In the channel, she posts the cover of popular songs. She has more than 10k subscribers on her YouTube channel.

Kaya has posted only eleven videos on her YouTube page and her latest post was a year before. Kaya has also made her appearances in series like Strangers ‘N’ Danger and Urban Myths.

Kaya has not married yet but she has an affair with an actor David Lambert. The couple started dating since May 15, 2015. The news about the affair was known from their social media after they posted their photo together on different social sites.

Kaya along with her boyfriend even attended Teen Choice Award. The couple spent New Year together with their families as well as fans.

On 30th December 2016, her boyfriend David had posted a photo with her captioning ‘Happy holidays!! We're leaving the country for a while. See you all in 2017!! Love you all’.

Later, on 12th May 2015 Kaya had also posted a photo with her boyfriend David on Instagram. The couple has a great chemistry together at present.

Other than kaya’s this relationship there is no any information about her other affairs or any kind of relationships.