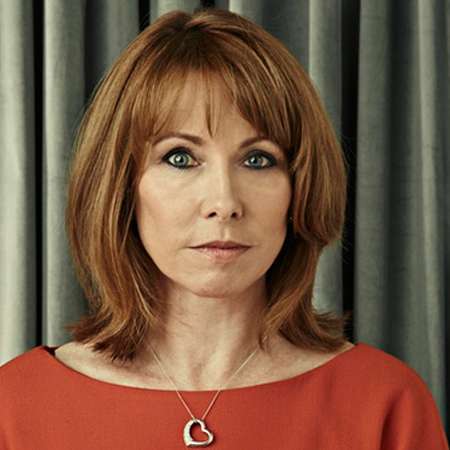 Kay Burley started her career at the age of 17 as a reporter at Wigan Evening Post and Chronicle. Kay being in the Sky television have shown her own doc u mentary 'The Satellite Revolution'. She is the occasional contributor for the tabloid Sunday Mirror. She has also written two novels, First Ladies and Betrayal.

Kay Burley was born on 17 December 1960. She was brought up in Beech Hill, Wigan, Lancashire and was raised as a Catholic. She started her career at the age of 17 as a reporter at the Wigan Evening Post and Chronicle.

Kay Burley worked in TV-am in 1985 as a reporter and occasional newsreader. Then, she got the chance to work for BBC local radio and TV including Tyne Tees television. Kay was the presenter for TV-am's first hour, filling in for Caroline Righton from 1987and covered for Anne Diamond during her maternity leave.

Kay Burley then moved to Sky television in the year 1988 when the Sky One Entertainment Channel was launched in November 1988. She is best known for her news coverage on Christmas morning Sky News. There she showed her own doc u mentary 'The Satellite Revolution'. While in Sky television, she covered the Sri Lanka following the 2004 Indian Ocean earthquake and subsequent Tsunami. Kay,as the part of her work, did the coverage of the general election and the royal wedding of Prince Charles and Camilla Parker Bowels. She gained popularity as she covered the 2013 birth of Prince George of Cambridge.

Talking about Kay Burley's personal life, she has married and got divorced twice. She has one son Alexander with her ex-husband Steve Kunter. Her first husband was Steve Burley, whom she met when she was 17 in a local newspaper in Wigan.?