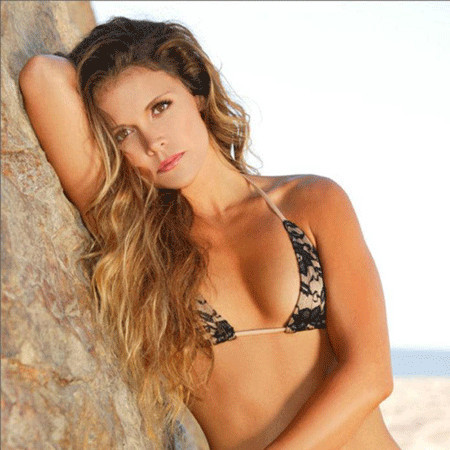 Katrina Hodgson, a Londonderry - NH native, an inspiration to a lot of people struggling with overweight including her mother Jane Hodgson, was born on November 8, 1982. She has very pleasant childhood memories which include: visiting Cape, Fenway Park- mostly on summer weekends, Lake Winnipesaukee for boating etc.

She was attracted to health Science from a very early age as she grabbed her first book regarding Exercise Physiology at the age of thirteen and she did manage to lose weight herself.

Being determined from childhood she Katrina Hodgson came to Keene State to get graduated in the subject of her interest, where she took up health science as major and nutrition as minor.

According to her when she first joined college she had no intentions to open her own business at all. But she got motivated enough to create her own website and brand when she joined with some computer students in her senior year to open a website to encourage especially students to take up a healthy diet, which turned out to be a huge success.

Furthermore, she even got Academic Excellence Award for the site. After graduation, she started her career as a personal trainer and she also worked at Boston Sports Club as a fitness instructor. But it was something else she was meant to be which she realized when she moved to California where she co-designed fitness DVDs for Jane Fonda and during her time at Equinox gym she met Karena Dawn, who also happened to be her fellow fitness trainer.

Both of them gelled instantly and being of the same background decided to join hands and create a website, where they would share videos relating to nutrition and workouts, named “ToneItUp.com”. The website was an instant success with huge followers on twitter i.e. over 600 mentions per hour and 1.8 m every month visitors. Following this Bravo TV decided to create a television series named “Toned Up”. During that time they had seven full-time employees and two weight loss DVD productions under their company name.

Hodgson actually decided to move to California was to follow her former boyfriend who got a tempting job offer there. Though her work for her is like a dream come true she does take breaks and when not working she dedicates most of her time to her family and friends. She also indulges in playing tennis, running on the beach, hosting parties, paddle boarding and so on.

Besides this, list of her hobbies also includes painting, decorating etc. She is a cat lover. The most important thing to her is the fact that her parents Jane and Chris Hodgson support her fully on this. Her parents live in Hollis and they showed their support by throwing a party for the premiere of “Toned Up”.

She along with her partner has also appeared in hit shows like Ellen, Oprah, and magazines like Cosmopolitan, Vogue and also featured in the Fitness Association of America and the Aerobics as one of the top entrepreneurs in fitness word.

She married to Brian Scott in Malibu after their ten-year-long relationship and the day she married was their 10th anniversary as well.

Katrina Hodgson receives most of her earnings from the television series “Toned Up” then her website and products. Her net worth is $300000 and is also anticipated to increase till her brand name exists.