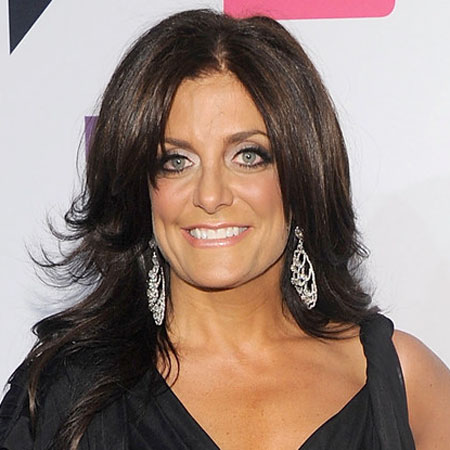 Kathy Wakile is a reality television personality of Italian-American nationality. She is a businesswoman, who has risen to fame for having her and her family's personal life being portrayed on the hit Bravo television series The Real Housewives of New Jersey.

Kathy Wakile was born on October 4, 1965, in New Jersey, the United States. She was born as Katherina Pierri. Her father passed away due to leukemia and lung cancer when she was 10. She has a sister, Rosie Pierri(who came out a lesbian), and three brothers who are not now.

Kathy Wakile's career in RHONJ started off in the year 2011 in May, when she joined the show in its third season. The show mainly covers the aspects of her personal life and showcases how she deals with her kids growing up. It also showcases her interest to open up a restaurant someday.

Kathy Wakile's sister Rosie has also been showcased at times on the show. Rosie is a lesbian and her coming out and her story of being different has attracted the attention of a lot of fans. In 2014 May, it was announced that she would not be returning in the sixth season of the series, however, she has appeared in the sixth as well as the seventh season of the show.

Kathy Wakile's business endeavors have also made her extremely famous and rich now. She has introduced three product lines and has used the popularity gained on her show to make it successful. Her product line Dolci Della Dea and Goddess Eye Jewelry has been considered to be good deals in the fashion business.

Kathy Wakile has a net worth of $5 million. Her business endeavors, amalgamated with her appearance on screen seem to be the major reason behind her huge net worth. She reportedly earns thousands of dollars as her salary for appearing on The Real Housewives of New Jersey.

Kathy Wakile is married to Richard Wakile. The couple dated for quite some time before deciding to tie the knot in the year 1993. The pair has two children together, who are named Victoria Wakile (b. January 16, 1994) and Joseph Wakile (b. March 14, 1996). 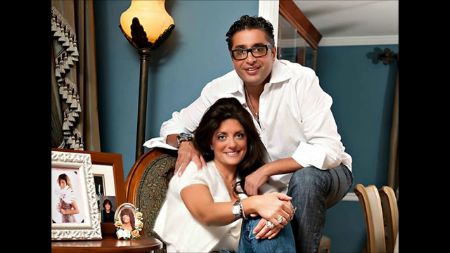 The happy family resides in a lavish home in New Jersey and is doing well together. The Real Housewives of New Jersey covers the family's personal lives and from what appears, it seems that Kathy Wakile's married life with her husband is going pretty strong.

Along with her daughter, she uses to participate in an awareness program of the brain cancer, an illness they take close to heart as her daughter underwent surgery to remove a benign brain tumor for two times.

Kathy Wakile is the cousin of another RHONJ member Teresa Giudice. The other member Melissa Gorga is her cousin in law.