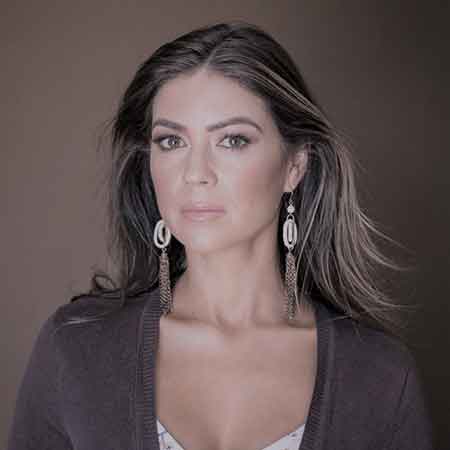 Kathryn Mayorga is a former model, and teacher born in the middle-cla s s family of Las Vegas. She came to highlight after accusing of sexual abuse and rape against the Portuguese professional football player, Cristiano Ronaldo.

Kathryn Mayorga was born on 30th May 1984 in Las Vegas, United States of America under the zodiac sign Gemini. She was born to father Larry Moyorga and mother Cheryl Mayorga and has a sibling, an older brother Jason Mayorga.

She went to a high school in Las Vegas and was very active in sports. Kathryn received her degree in journalism from the University of Nevada.

She has a learning disability, suffering from Attention Deficit Disorder. Because of which Mayorga finds difficult to think straight and concentrate.

Kathryn, budding model, at the age of 25 was hired in Rain nightclub at Palms Casino Resort for hanging outside nightclubs to lure VIP guests after leaving the job of the teacher at an elementary school.

While in 2009, 12 June, Mayorga met Cristiano Ronaldo at VIP section where she claimed that Ronaldo forced her in his bedroom and physically abused her.

Now she is back to her old life of being a teacher at school after obtaining compensation for the a s sault.

Kathryn was married to her boyfriend an Albanian bartender in 2008. She has been dating her boyfriend since college, however, their relationship didn't last long and divorced after a year.

Similarly, Kathryn was married to her second spouse but his information is still not out. After the divorce with her second husband, she went for the job of the teacher and later on as a model.

In 2009, she accused, Cristiano Ronaldo for physically abusing her. Kathryn was off duty and was partying out with friends at Rain nightclub where Ronaldo was there with his Cousin and brother-in-law.

Ronaldo introduced himself by offering her a drink. They exchanged their numbers and he left.

Soon, Ronaldo texted her and invited her and friends to party in a penthouse at the Palms.

There, she was invited to bath in hot tub jacuzzi.  According to Kathryn, she denied that offer as she didn’t have a swimsuit. Ronaldo offered his clothes to wear.

As she got the clothes and went to the bathroom for change, the soccer player forcefully entered the bathroom. Kathryn in her statement said that she made it clear as she wanted to leave the suite but CR7 forced her to have physical relation in his bedroom.

Kathryn went to the Las Vegas Metropolitan Police to file the rape case but didn't disclose the name at first. She went to nearby hospital University Medical Center ‘where physical evidence of her accusation was proved.

The football star denied all the accusations placed on him and said it was fake. Later on, Kathryn was offered £287,000 ( $ 375000) by the player to withdraw and shut the case.

As being ex-model, a teacher, she has an estimated net worth of $ 500,000 as of 2018. Her main source of income is her teaching profession and modeling career. The average salary of a teacher as per PayScale is $ 44,279. But she receives and acc u mulates a lot more than the given figure.