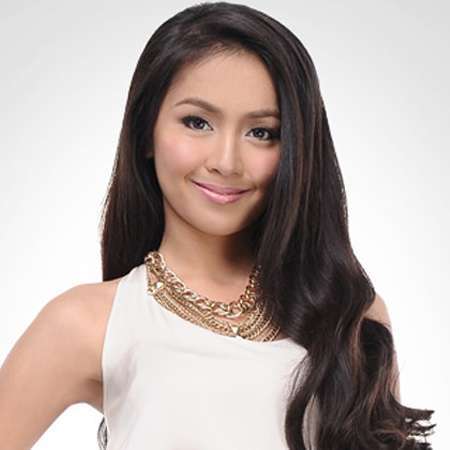 Filipino television star Kathryn Bernardo is a Filipino actress who is best known for her major character Mara in the Filipino drama Mara Clara. She has been working as a freelance artist for Star Magic and ABC-CBN since 2010. Bernardo is also well known for her work in Crazy Beautiful You and Princess and I.

Kathryn debuted in 2003 through a drama series called It Might Be You. In 2006, she featured as a lead role in a TV series, Super Inggo as Maya. She then played in many shows including Krystal and Vietnam Rose before being cast in a show called Goin Bulilit.

In 2010, Bernardo was cast in a TV series like Magkaribal and Endless Love. Her breakthrough role was in a TV drama called Mara Clara as Mara David along with her best friend, co-actor Julia Montes. During 2011, Kathryn Bernardo played in a TV series called Growing Up.

Moreover, Bernardo also appeared in a horror anthology film like Shake, Rattle & Roll. During 2012, Bernardo starred in a no. 1 primetime show, Princess and I after doing a hugely successful drama series and movies.

In 2014, Kathryn Bernardo again appeared with Padilla in a movie called She Dating the Gangster. She was also included in 100 Sexiest Woman 2015 list. Kathryn Bernardo has also been involved in numerous singing ventures including her participation in Padilla concert DOS.

Kathryn Bernardo recorded her first solo recording Mula Noon Hanggang Ngayon which was originally sung by Lea Salonga for her primetime show Princess and I. In the year of  2015, Bernardo played in a film called Crazy Beautiful You and in tv series like Maalaala Mo Kaya: Parol and Pangako Sa 'Yo sharing the screen along with her boyfriend  Daniel Padilla, and other cast members like Angelica Panganiban, Ian Veneracion.

Kathryn Bernardo Net Worth And Earnings

Kathryn Berna has earned a decent amount of money from her various works. Her net worth according to some sources is believed to be around $2 million, in 2019.

Kathryn Bernardo is an unmarried actress, even though she has been in a relationship with her boyfriend Filipino Actor Daniel Padilla since July 2016. The couple recognized clearly each other while they were filming in Barcelona.

They also took some photos holding hands together while traveling around the cosmopolitan capital of Spain's Catalonia and revealed among their devoted fans who have been waiting for them to take their relationship to the next level.

The couple looks quite close and happy with each other. In the film Princess and I, she was rumored to be dating with Enrique Gil but in fact, they denied that as false news.

Before that, Daniel Padilla also dated Julia Montes in 2010, as well as he is rumored to have hooked up with Jasmine Curtis in 2014. Bernardo is also an avid lover of a dog who has been uploading pictures of her dog on her Instagram and Twitter as well.