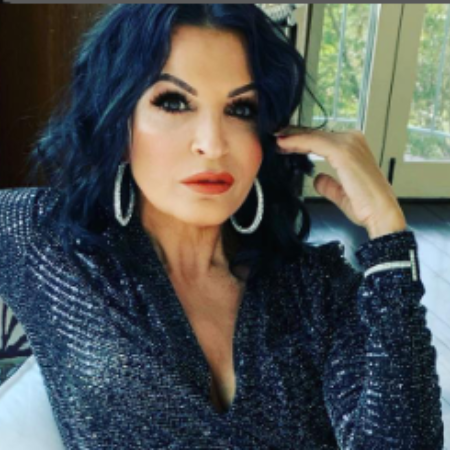 Kathrine Narducci is an American actress widely known for playing the role of Charmaine Bucco, the wife of Artie Bucco, on the popular HBO television series, The Sopranos. She was previously married to Richard Arthur Ligotino, who died in 2002. She and her late husband shared two children; a son and a daughter together.

Kathrine Narducci was born on November 22, 1965, in Italian Harlem (East Harlem), New York, New York, the United States, in an Italian-American family. Her father's name is Nicky Narducci while the name of her mother is not known.

The 56 years old actress is of American nationality and Italian descent. She belongs to the white ethnicity. As for her height, she is 5 feet 6 inches (166 cm) tall. Her weight is 64 KG (141 lbs).

Her dad, Nicky Narducci was a bar owner and was associated with Mafia in East Harlem. He was killed in a mob lynching in front of his bar. The actress was only ten years old at the time.

Narducci started her acting career in 1993 when she brought her son, who was 9 years old at the time, to an open casting call for the role of a young boy in the crime drama film, A Bronx Tale, which was directed by Robert De Niro.

While taking her son to the audition, she also auditioned for the role of a mother in the film. She rose to fame after appearing on the HBO hit series, The Sopranos, alongside James Gandolfini, Michael Imperioli, Edie Falco, Lorraine Bracco and David Chase

Her other film appearances include A Bronx Tale and Two Family House. She has also guest-appeared in several television shows such as Law & Order, NYPD Blue, Workaholics and Third Watch and Power.

How Rich Is Charmaine Bucco From The Sopranos?

Being a successful actress, Narducci earns a good amount of money from the film and television industry. The actress had an estimated net worth of $500 thousand in 2020. However, her fortune is estimated to be around $1 Million in 2022. The average salary of an American actor is $58 thousand and Narducci might be earning the same. She might be living a quality life with her earnings.

She is a Single Mother, her Husband Died Years Ago

Moving towards the personal life of Narducci, the 56-year-old Sopranos star is single right now. However, she was previously a married woman.

The veteran actress was in a marital relationship with Richard Arthur Ligotino who passed away in 2002. She and her late husband had two children; a son Nick Ligotino and a daughter Sally Prisco. The actress has managed her family in the absence of her husband. She shares a healthy bonding with her children. Besides, she shares a healthy relationship with her showbiz friends.